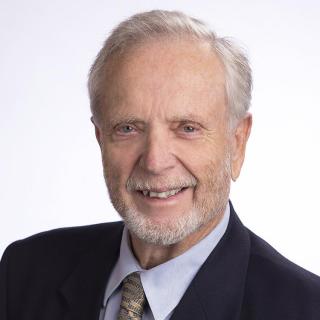 Mr. Rogers has been awarded a Martindale-Hubbell rating of AV Preeminent, signifying the highest level of ethical standards and legal ability, for 21 consecutive years.

Mr. Rogers is currently working on a wetlands enhancement and enlargement project in the San Joaquin Valley of California. He is a Director and General Counsel for the Tulare Basin Wetlands Association, a habitat protection organization in the San Joaquin Valley. Mr. Rogers served as President of the Board of Directors of Dog Adoption & Welfare Group ("DAWG"), a very successful dog welfare nonprofit in Santa Barbara. He is a member of the Santa Barbara County Bar Association. He previously served on The Santa Barbara Harbor Commission for 13 years.

Mr. Rogers was born in Tucson, Arizona. He received his undergraduate education from the University of Arizona, and his Bachelor of Laws Degree from Duke University Law School in 1968. He was admitted to the California Bar in 1968. Mr. Rogers started his career at the highly respected national law firm of Sheppard, Mullin, Richter & Hampton in Los Angeles before moving to Santa Barbara in 1970, where he formed the law firm that ultimately became Rogers, Sheffield & Campbell, LLP.