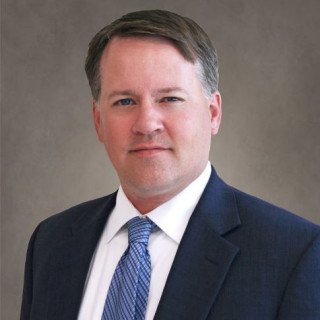 Bill has litigated cases involving high-profile clients and adversaries in federal, state and specialized courts throughout the United States, including “CNA” insurers and the Lloyd’s of London insurance market. He has also served as National Coordinating Counsel for a number of clients including Alcoa Inc., Arkema, and a unit of BP Chemicals. Bill is admitted to practice in Connecticut, New York and Massachusetts and is a member of all U.S. District Courts in New York and Connecticut.

Bill was previously a partner with a midtown Manhattan law firm and worked in the corporate law department at CNA. He has also worked in tax and advisory practices with PricewaterhouseCoopers LLP and Deloitte & Touche LLP and has been Campaign Manager and counsel for a U.S. House of Representatives campaign.

Bill earned his Juris Doctor at The Pennsylvania State University in 1999, where he also earned his undergraduate degree in Accounting (1996).  He was Editor-in-Chief of the environmental law review, and his writing has appeared in The New York Law Journal, Forbes, Risk Management Magazine, The Washington Examiner, The Hartford Courant, The L Magazine, and The Stamford Advocate, among others and he has been quoted in publications including The Wall Street Journal.

Cornavirus: What Entertainment Businesses Can Do
Forbes Magazine
March 9, 2020

Q. Where do I even start with a bad faith claim against my car insurance company?
February 6, 2019
A: Bad faith law is governed by state law. Depending on your jurisdiction there may be avenues to pursue through the state or ultimately through litigation. Many insurance lawyers will speak with you at no cost to give you some idea of your options and avenues to pursue.

Q. I recently started a job with a company, but found out that they are thinking of shutting down.
November 20, 2018
A: If you are an at-will employee and there is no employment or labor contract, your employer can terminate your employment for almost any reason. There are exceptions if the termination is discriminatory or you are otherwise somehow protected, but at-will status is the general rule in NY.

Q. If I create IP not specified in my contract, do I own it?
July 24, 2018
A: All depends on what your contract says, the nature of your creation, and other circumstances not clear from your question. So the short answer is, "it depends."