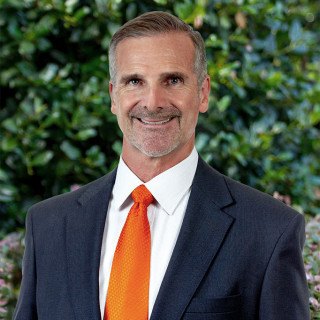 The founding attorney of Allen Law Firm, Attorney Bill Allen has been practicing personal injury law in North Central Florida for twenty-three years. He graduated from the University of Florida Levin College of Law after playing college football for the University of Florida Gators in Gainesville. At Allen Law firm, Bill utilizes his experience and legal training to “even the playing field” for the firm’s clients.

Bill attended the University of Florida on a football scholarship. He graduated with high honors in 1983 while lettering for the Gator football team. During the next six years, Bill earned a Masters in Business Administration (MBA) while working in a family-owned business.

In 1989, Bill returned to UF to attend the University of Florida College of Law, where he was a member of the Trial Competition Team. He received his Juris Doctorate with Honors in 1992. While in law school, Bill was the recipient of three Book Awards in Civil Procedure, Civil Litigation, and Civil Clinic. Book Awards honor the top and most outstanding student in each class.

Prior to starting Allen Law Firm, Bill practiced exclusively in the area of personal injury and wrongful death. He has handled over five thousand personal injury cases totaling recoveries in excess of $130 million. His prior legal experience includes personal injury, corporate, and employment law as well as insurance defense work with firms in both Jacksonville and Gainesville.

Bill is a member of the following associations and academies:

Bill is admitted to practice in all Florida state courts, as well as the federal courts for the Northern, Middle, and Southern District of Florida.

University of Florida
J.D. (1992)
1989 - 1992
Honors: While in law school, Bill was the recipient of three Book Awards in Civil Procedure, Civil Litigation and Civil Clinic. Book Awards honor the top and most outstanding student in each class.