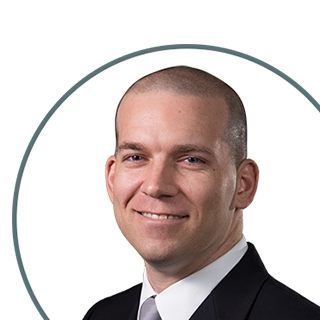 As early as the first two years of his career, Zach was already experiencing high-dollar success on behalf of his clients, including a $4,188,137.24 judgment in McEwen v. Accelerated Commercial Consultants, a federal RICO case; and a $3,427,692 judgment in In Re the Matter of the Estate of Roslyn Schrager, a probate fraud case. Although Zach was going up against much more experienced attorneys, he refused to be intimidated and did not relent in his pursuit of justice until the case was adjudicated in favor of his clients. Zach’s success is not limited to high-profile cases. In his first solo trial, he represented a local small business in a dispute with a former customer represented by a pair of attorneys with decades of experience between them. Not only did Zach prevail on his claims against the opposing party and defeat the claims against his client, but he earned an attorney’s fee award as well—in an amount approximately fifteen times the underlying award. He also recently achieved a defense verdict in a small claims trial involving a motor vehicle accident between a semi and a pickup truck. Although he cannot guarantee similar results in every case, Zach does guarantee that whether you are a plaintiff or defendant, and whether your case is worth millions or much less, if he is advocating on your behalf, you will get the same level of communication, eye for detail, and aggressive representation he provides for all his clients. For almost two years before co-founding Pickard Parry, Zach was employed at larger insurance defense firm where he worked for international insurance companies and represented large corporations in personal injury lawsuits. As a defense attorney, he gained invaluable insights that enhance his efficacy as an advocate for victims who are injured as the result of others’ negligence. Whether via informal negotiations, mediation, arbitration, judgment by motion, or trial verdict, Zach’s legal acumen and professional tenacity