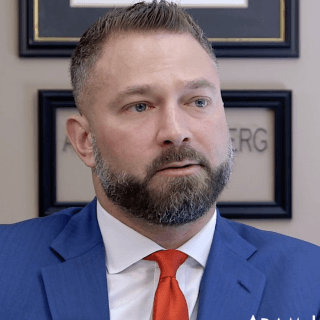 Attorney Adam M. Lustberg focuses his practice exclusively on the defense of those being investigated for or accused of crimes. His passion for criminal defense began while interning for the Essex County Public Defender's Office as a first-year law student through Seton Hall University Law School’s Pro Bono Program. As a third-year law student he returned to the Public Defender's Office through Seton Hall's Juvenile Justice Clinic, representing countless juveniles at initial proceedings. Since that time, he has represented clients at each and every stage of the criminal justice system, from arraignment to trial by jury. He has argued on behalf of defendants at over thirty detention hearings under New Jersey’s new system of criminal justice reform.

Mr. Lustberg graduated from Seton Hall University School of Law in May of 2004. He passed both the New Jersey and New York Bar Exams that summer and is currently admitted to practice in both states. He has represented individuals charged with all manner of offenses, from simple possession of marijuana in Municipal Court to homicide charges in Superior Court. He has represented individuals accused of manslaughter, murder, burglary, aggravated assault, unlawful possession of firearms, human trafficking, promoting gambling, gang related offenses and many others. In each case, Mr. Lustberg works diligently with the client, the prosecutor and the Court to obtain as favorable a result as possible. Meticulous preparation and strong advocacy are the cornerstones of our practice. When everything is on the line, get us on your side and we will put them to work for you.