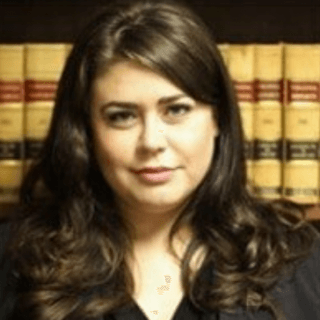 Adriana was born and raised in New York, and attended both college and law school in Washington, D.C. She earned her Bachelor of Arts degree in International Affairs, Philosophy, and Political Science from The George Washington University in 2009, and her Doctor of Jurisprudence degree from The Catholic University of America, Columbus School of Law in 2013.

Upon graduation, Adriana moved to Virginia where she earned her license to practice law, and became an associate at the Yao Law Firm, P.C. While there, she was able to build and expand her Immigration and family law practices. In 2015, following a company merger, Adriana began working at Woehrle Dahlberg Jones and Yao, PLLC in their Fairfax, VA office.

Adriana is a certified Guardian Ad Litem and an active member of the Fairfax Bar Association, the Virginia State Bar, and the American Bar Association.

The Catholic University of America Columbus School of Law
J.D. (2013)

Legal Intern
Ayuda
2012 - 2012
Represented indigent clients through legal filings in immigration cases and in court proceedings with domestic relations cases. Coordinated all aspects of client cases, including performing both immigration and domestic violence based legal research, drafting immigration filings, drafting court motions and orders, and conducting advocacy for clients with law enforcement and other government agencies.

Legal Secretary
The Law Offices of Zemsky and Salomon
2009 - 2010
Drafted and filed legal documents such as complaints and motions under supervision.

Intern
Shared Hope International
2008 - 2008
Created research projects, worked on public relations campaigns, and developed outreach opportunities for an organization whose goals are to prevent and eliminate sex trafficking and slavery.

Can I Adjust My Status Since I am Married to a U.S. Citizen?
www.lawfirmvirginia.com
2015

Do I Qualify for Special Immigrant Juvenile Status?
www.lawfirmvirginia.com
2015

CASA Volunteer Training, CASA Office, Fairfax, Virginia
October 27, 2018
Fairfax Court Appointed Special Advocates (CASA)
Presented the roles and function of a Guardian ad litem ("GAL") to a group of CASA volunteers in training. Explained and provided general information about the requirements of a GAL, how cases are assigned, what the GAL's role looks like, etc. Also provided training on the intersection of state GAL cases and immigration.

Immigration and Criminal Defense Institute, University of Maryland, Carey School of Law, Baltimore, Maryland
September 26, 2015
Maryland Office of the Public Defender Immigration Program
Lead small-group/working group discussions on Special Immigrant Juvenile Status and how to navigate both on a state and federal level.