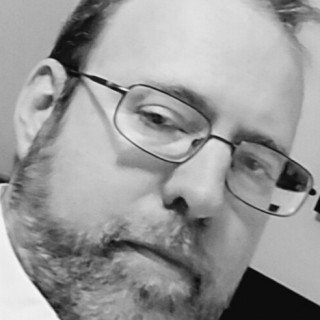 When you need an attorney, you need the experience of the Armstrong Law Center. Allan L. Armstrong is the founder of ALC. Allan has been practicing law since 1988 and is currently admitted to practice in all State and Federal Courts in Alabama. This includes the Alabama Supreme Court and all other courts in the State. Allan is also admitted to practice before all federal district courts in Alabama, the Eleventh Circuit Court of Appeals and the United States Supreme Court.

As a lifelong resident of Birmingham, Alabama, Allan L. Armstrong earned his undergraduate degree from the University of Alabama at Birmingham and his Juris Doctorate degree from Cumberland School of Law at Samford University. Since being admitted to the Bar in 1988, Mr. Armstrong has represented individuals and large and small businesses throughout the nation.

In the mid-1990s, the Mr. Armstrong's practice became more focused on representing clients as plaintiffs and some defendants in commercial disputes. After successfully representing these clients in the commercial and business context, Mr. Armstrong chose to focus his practice in the representation of plaintiffs in civil actions in Alabama and other parts of the United States. In doing so, Mr. Armstrong has represented thousands of class members or putative class members and victim of mass torts in halting abusive and illegal practices. Mr. Armstrong also has a strong presence in employment and civil rights litigation.

Professional Achievement
Strathmore's Who's Who Worldwide
2018

Q. What can I do about being fired from a job without any reason whatsoever
January 26, 2023
A: I'm sorry to hear about your experience. Assuming you are not a member of a Union, you are likely an at will employee. As such, you are provided very few rights under Alabama law. An at will employee may be terminated for good reason, bad reason or no reason at all. Exceptions primarily relate to illegal (race, religion, sex, age or national origin) discrimination under federal law. You did not mention any discrimination, and therefore, you likely do not have a claim. I wish you the best.

Q. My husband was just fired from his job where they claimed he had a gun at work. This is false. Can we file civil suit?
January 16, 2023
A: Is your husband a member of a labor union? If not, he is likely an at will employee. A at will employee can be terminated for good reason, bad reason or no reason at all.

Q. In Alabama If someone doesn’t pay after having a debt judgement against them can they be jailed for contempt of court
January 11, 2023
A: If it's a failure to pay court ordered child, then it's not the same as an ordinary money judgment. Contempt is possible based on noncompliance with a court order.