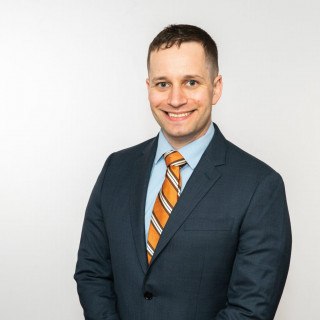 Mr. Gross began his legal career at the Office of Evan K. Thalenberg before becoming an Assistant State’s Attorney in Baltimore City. From there, he joined the U.S. Army’s Judge Advocate General’s Corps, and was assigned to various locations around the United States, where he advised military leaders at all levels. He also had the opportunity to represent Soldiers in front of numerous Courts-Martial and Administrative Proceedings. Upon leaving the Army, Mr. Gross joined a medium-sized civil litigation firm in Towson before taking the opportunity to return to where it all started, working with the great team at the Law Offices of Evan K. Thalenberg.

Born in Texas, but raised in Munich, Germany, Mr. Gross has called Maryland home for the past 20 years. He graduated from High School in Columbia, Maryland, before going on to college at St. Mary’s College of Maryland and law school at the University of Baltimore School of Law. He is a member of the Maryland State Bar Association Young Lawyers Section, Bar Association of Baltimore City, Baltimore County Bar Association, Maryland Association for Justice, and National Organization for Veteran’s Advocates. He is licensed to practice in Maryland and the District of Columbia, and is accredited to represent Veterans before the Department of Veteran’s Affairs.

Mr. Gross’ passion for representing injured plaintiffs comes from his belief that nobody deserves to be injured at the hands of those more powerful than them, and that the legal system is the best and only way to ensure that those with power do not abuse those who have little or none.

Mr. Gross’ free time is spent with his wife and daughters in North Baltimore. He is on the Board of Habitat for Humanity of the Chesapeake’s Young Professionals Program, and a Major in the Maryland Army National Guard.

Maryland
Maryland Court of Appeals
Since 2008