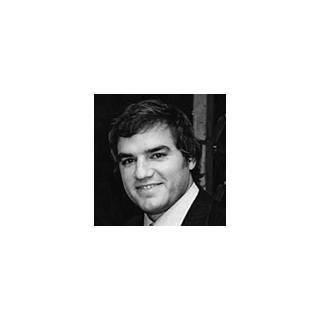 Andy Peters Davis attended law school in San Diego, California, where he graduated from California Western School of Law and returned back to his hometown to join the law firm. Andy Davis was born in Winchester, Tennessee. His education and work experience took him to all corners of the world before returning to work in Tennessee.

After becoming licensed to practice law in Tennessee, Andy Davis joined the law firm and was thrown into the fire in his first year. Andy Davis demonstrated an acute ability to adapt and learn the local laws and continues to strive in the practice of law.

Andy has been selected by The National Trial Lawyers Top 100 for the past four years in a row for his astounding lists of triumphs. For example, Andrew has obtained a jury verdict of over $1,000,000 dollars and not many civil lawyers can claim half as much; furthermore, in respect to civil auto injury cases, settlements are often the conclusion. Out of a 100 cases, an average attorney might be forced to try five. Andy has the proven confidence to push a case all the way to verdict if he believes you have been taken advantage of; in fact, in his last five jury verdicts for his auto accident his clients were awarded a full five times over the insurance company.

Andy Davis is a member of the National Association of Criminal Defense Lawyers and the Tennessee Association of Criminal Defense Lawyers, a member of the Tennessee Bar Association and American Bar Association. He is licensed to practice in Tennessee State Courts and Federal Courts.
Andy Davis has quickly formed a diverse legal background in personal injury, medical malpractice, wrongful death actions as well as criminal defense matters. He is persistently fighting in Court and prides himself as an elite litigator.Andy is able to adapt and handle almost any matter.

Andy Davis has developed a passion that is seldom seen in the litigation field and his clients continue to reap the awards.

Partner
Davis, Kessler & Davis
2004 - Current
Attorneys from Davis, Kessler & Davis have a rich history with experience that spans over 40 years, with loyal clientele throughout Tennessee. Leading the firm is Floyd Don Davis. Having served as Judge on the bench for the State of Tennessee for over 14 year, he now has turned his dedication to insure everyone is represented with the best possible results, no matter the type of case or the client. Every case receives the utmost care and the time that it deserves. The lawyers at Davis, Kessler & Davis will aggressively seek maximum award for your case. With extensive experience and skill, the attorneys are driven by the rights of their clients. When dealing matters that vary from wrongful deaths to wrongful arrests, the attorneys of Davis, Kessler & Davis are passionate, motivated, well trained, and fight for your every right. We are relentless for justice and we will not stop until the last bell rings. We have an ongoing commitment to protect and defend the rights of individuals in Tennessee.