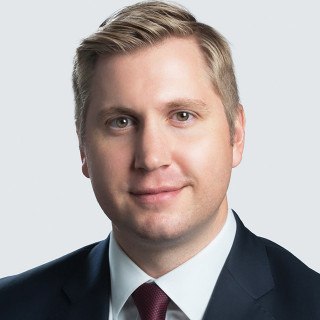 Anthony Hohn is a litigation attorney at Davenport, Evans, Hurwitz & Smith, LLP in Sioux Falls, SD. A Sioux Falls native, Anthony joined the firm in 2008 as a member of the firm’s litigation section and became a partner in 2014. His practice includes of a wide variety of litigation, including commercial litigation, creditors’ rights, employment litigation, and condemnation litigation. Anthony interned with the firm in the summer of 2006 and is a 2007 graduate of the University of South Dakota School of Law, where he served as lead articles editor for the South Dakota Law Review. Following graduation, Anthony served as the law clerk for the South Dakota Second Judicial Circuit, which encompasses Minnehaha and Lincoln counties. Anthony was recently named the 2016 Young Lawyer of the Year by the State Bar of South Dakota and served as the President of the Second Judicial Circuit Bar Association. He is ranked in the top 5% of practicing lawyers in South Dakota by Great Plains Super Lawyers in the area of Civil Litigation: Defense, and was selected to the Great Plains Super Lawyers Rising Stars list in 2014, 2015, and 2016. Anthony has also served on boards for the Teddy Bear Den and the Family Visitation Center. Contact Anthony Hohn at 605-336-2880 or ahohn@dehs.com.