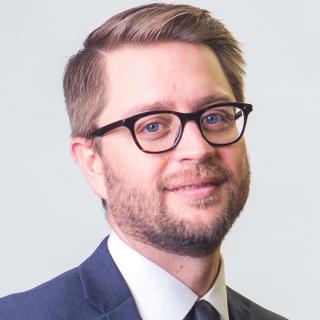 Joel Rische is a litigation attorney at Davenport, Evans, Hurwitz & Smith, LLP in Sioux Falls, SD. Joel joined the firm in 2015 and is originally from Wessington Springs, South Dakota. He earned a bachelor of science degree in Contemporary Media and Journalism from the University of South Dakota and spent several years working in broadcast television before attending law school. After graduation from the University of Nebraska College of Law, Joel clerked for the Honorable Roberto A. Lange in the U.S. District Court for the District of South Dakota in Pierre.Outside of work, Joel enjoys traveling with his wife, Jackelyn, and playing the drums. Contact Joel Rische at 605-336-2880 or jrische@dehs.com.

University of Nebraska College of Law
J.D. (2014)
2014
Honors: With Highest Distinction, Order of the Coif