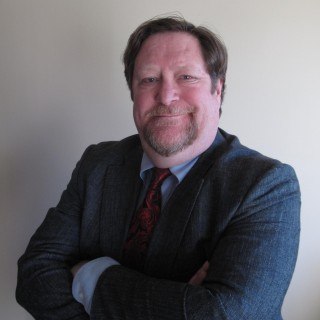 A Washington State Traffic, Ticket and Criminal Traffic Lawyer since 2005, Antone Weber has personally appeared on over 7000 traffic ticket cases. We defend traffic tickets like speeding, running red lights, unsafe lane changes or speed to fast for conditions, and criminal traffic cases such as reckless driving, racing, hit and run, or driving while suspended. We appeari in most Seattle and King, Pierce, Skagit, Thurston & Snohomish County & City Courts within 75 miles of Seattle. Low $200-$250 Fee for most single Traffic Tickets. Most were dismissed, reduced or the charge negotiated to a non-moving (non-insurance) violation, with very few found committed as written.

Q. I swear the police used to have to give a ticket for the reason they pulled you over if they are giving you ticket or
January 12, 2023
A: Yes, they must have a reasonable suspicion that a crime or an infraction was committed to pull you over. No, they are not required to cite you for that violation. They may elect to warn you regarding that violation. They may also cite you for a violation discovered during the course of the stop, such as expired registration, no proof of insurance, or, as you say, a failure to wear a seat belt. Many of such violations are hard to discover without first stopping a driver. Similarly, many DUIs are discovered during a routine traffic stop.

Q. If you get pulled over for speeding by Washington state patrol and they admit to driving 10 mph over can they ticket you
January 6, 2023
A: Yes, officers are allow to exceed the posted speed limit, so long as they do it safely. How else would they catch up to someone who was speeding, for example? The problem with relying on your app is that you do not know how accurate that it is, ad are likely to be able to produce evidence that it is indeed, accurate. Even if you could, you have only provided proof that you were speeding 10 mph over the limit which is still speeding. There are many things that an experienced traffic lawyer might be able to do to keep the violation form your driving record, and from your insurance rates. Possible increase in insurance rates is the real reason most people hire a traffic lawyer, as those increases could run from $700 to $2000 over the next three years that the violation will be on your record. Your best course at this point is to call a traffic lawyer and speak with them. Most offer a free consultation.

Q. I was hit, I called police because believed the other driver was at fault, when police arrived he said i was at fault
December 9, 2022
A: In accident cases there are two questions, often mutually exclusive. First who is liable for damages, injury and whatnot. Your insurance company attorney will handle that side of things. The other question is if one of the rules of the road was violated during the course of the accident. The answer might be yes for both, no for both, or yes and no.In addition, officers investigating an accident usually make their decision quite quickly, with a minimum of investigation. If you want to discuss the facts of your accident, you should call a traffic lawyer and talk with them. They would be able to give you a sense of if you make a mistake, even unknowingly. Second, they should be able to tell you what they might be able to do about your ticket itself, once they know what you are charged with and what court will hear the case. Most traffic lawyers offer a free consultation.