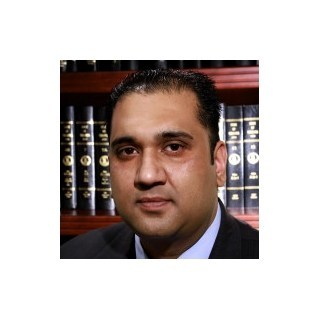 As a first generation American, Attorney Beeraj Patel understands firsthand through life experience the struggles of all those who are entangled at any stage of the immigration process. He knows how difficult it can be for talented individuals coming from other nations to negotiate through the complicated and even daunting immigration system of the United States. This shared connection aids Beeraj in constantly improving his services as an immigration attorney. In addition to being an attorney, Mr. Patel is the featured writer on www.fairfaximmigrationfirm.com and www.fairfaxbankruptcylaw.com, where he blogs about immigration and bankruptcy law respectively. Beeraj Patel’s philosophy is simple – make it easy for talented and ambitious individuals to have access to immigration materials so that they can make the choice which is right for them. This philosophy has been incorporated into Beeraj’s professional immigration law firm, where he promotes an open dialogue and clear communication between attorney and client. Beeraj’s academic foundation is as reputable as it is practical. He received his B.S. in Economics from the prestigious University of Virginia and then went onto UVA’s John Marshall Law School, where he ranked #1 in his first year and graduated in the top 10% of the ’98 class overall. Following graduation, Beeraj spent three years working as a project manager in the IT world, which provided valuable experience in the world of IT immigration and business immigration. Taking his immigration law experience gained in Chicago; Beeraj changed positions, becoming the head counsel and immigration attorney for an IT company located in Northern Virginia. Due to the nature of the business and the high concentration of foreign nationals on staff, he learned the “ins” and “outs” of employment based immigration issues, making him an even more well-rounded immigration and bankrtuptcy attorney.