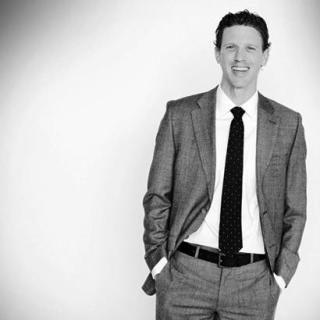 Ben has been an associate with Lindell & Lavoie, LLP, since 2004, and he law clerked at the office in the two summers prior to that. Since that time, he has become an integral piece in the firm’s ongoing success. He has a varied practice, primarily focusing on personal injury and workers’ compensation cases, but he loves appellant work and has a special interest in Section 1983 Civil Rights cases. He has recovered millions of dollars for his clients over that period and has been significantly involved in notable and important cases. In 2012, Ben partnered with his friend and colleague, Grim Howland, to successful resolve a $4 million dollar medical malpractice claim on behalf of his disabled client. That same year, he partnered on a ground breaking workers’ compensation civil penalties case with Jim Lindell, successfully arguing at the United States Court of Appeals for the 8th Circuit that the district court erred in granting summary judgment to the defendants and that Plaintiff could prove that the defendants intentionally obstructed her workers’ compensation benefits in violation of Minnesota law. See Nunn v. Noodles & Company, and Zurich American Ins. Co., 674 F.3d 910 (8th Cir. 2012). Soon after that decision, Ben and Jim were able to resolve that case for their client, earning her an extraordinary but confidential settlement. Ben believes that many of the skills he acquired during his years of bartending and teaching English abroad prior to law school have helped immensely in his law practice. He prides himself on making people feel comfortable when explaining to him their problems and concerns, just like he did from behind the bar. Ben is also excellent at distilling complicated legal issues into language and examples that permit his clients to fully understand the strengths and weaknesses of their cases. Ben’s clients feel comfortable knowing they have the information they need to make the best decisions for themselves and they have