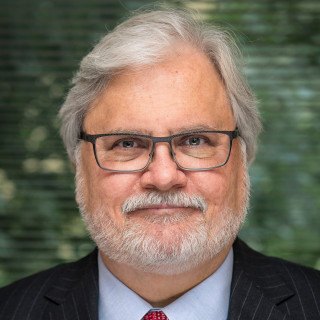 Bob Bollinger knows how to solve workers' compensation problems. Bob's philosophy of representing his clients is quite simple--his client's best interests always come first. If settling your case makes sense, then he will negotiate the best possible settlement. If going to court makes the most sense for you, then he will take it to court! Bob knows that the most effective tool a lawyer has --- going to court --- is sometimes needed in order to solve his client's problems, and unlike some lawyers, he is not afraid of a courtroom. He is always willing to take the insurance company to court and force it to "do right" when necessary. Bob has a publicly accessible track record of litigation of workers' compensation claims that shows he knows how to effectively represent his clients at the courthouse. You can access his case decisions using the LiveLink searchable database on the web site of the NC Industrial Commission, www.nc.ic.gov. In fact, before hiring any lawyer for your workers' compensation case in North Carolina, you should use that web site to investigate a lawyer's litigation experience and read the actual case decisions he or she has handled. You only have one case, so choose the best lawyer for it!

Bob Bollinger has represented injured workers in North Carolina since 1991 and has earned a stellar reputation as one of the state's top attorneys for injured workers. He has been a Board Certified Specialist in NC Workers' Compensation Law since November of 2000. Bob holds the highest possible rating from the Martindale-Hubbell attorney peer review rating agency, "AV Preeminent," which puts him in the top 5% of all attorneys rated by that nationwide organization. He was inducted as a "Fellow" in the nationwide College of Workers' Compensation Lawyers. He has been listed every year since 2008 in both the "Best Lawyers in America" and "NC Superlawyers" for his skills as a workers' compensation lawyer on behalf of injured workers.

NC Superlawyer in Workers' Compensation
Superlawyers
Bob Bollinger has been chosen by his peers as a "Superlawyer" every year since 2007.

Q. What’s a good settlement amount from workers comp when you’ve had to have a total knee replacement? The offer is $44k
November 12, 2021
A: Who knows? It depends on a lot of things you have not mentioned. What is your compensation rate, rating, restrictions, education level, employment history, transferable job skills, future medical need, etc. All of us workers' compensation Certified Specialist lawyers give free consultations, so contact one of us for some guidance. You can safely assume that the insurance company is not going to offer an unrepresented injured worker the best possible deal.