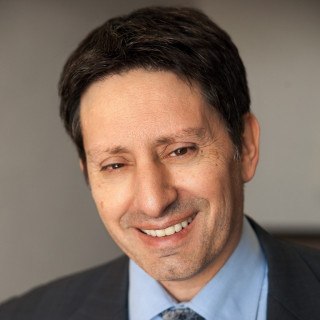 Brad S. Kane has practiced law for more than twenty years in California, Washington, and Alaska. After a decade-long career in “Big Law,” in 2001 Mr. Kane started the Kane Law Firm, a Los Angeles-based practice. Mr. Kane takes a unique, humanistic approach with clients, always keeping the client engaged in their case and counseling clients toward fair and reasonable solutions to often emotional and complex problems.

The Kane Law Firm follows Mr. Kane’s interdisciplinary approach to law and avoids the often myopic “over-specialization” or one-sided thinking caused by only representing one side to a particular kind of dispute. For example, Mr. Kane regularly counsels and represents small and medium sized employers on the handling of employee disputes, while also representing aggrieved employees with serious claims against their own employers.

As a result, Mr. Kane is constantly searching for outside the box solutions to litigation and negotiations in areas spanning employment law, entertainment, insurance coverage, as well as business and corporation litigation. In fact, Mr. Kane has a reputation amongst his associates and colleagues of “taking cases no one else would take” and turning them into gold.

Finally, Mr. Kane has an unshakable faith in our justice system derived from his experience clerking for Alaska Supreme Court Chief Justice Jay A. Rabinowitz, his experience as a lawyer, and serving over 250 times as a Judge Pro Tem. To Mr. Kane, the judicial system holds a unique ability to shape a person’s world view and how people see themselves. Mr. Kane earned his J.D. from Hastings College of the Law and his B.A. in history from University of California Los Angeles.

University of California Hastings College of the Law
J.D.
1990

President of the South Carthay Neighborhood Association and the P.I.C.O. Neighborhood Council, Town Hall Meeting Opposing SB50, Los Angeles, CA
April 30, 2019
In his own remarks, Kane presented a list of 12 potential alternatives to SB 50, which he said could be much more effective at addressing our current housing issues.

Are LA’s New Luxury Apartments Just Sitting Empty?, Los Angeles, CA
June 18, 2019
KCRW Design and Architecture
An eye-opening interview shedding light on how thousands of people are living on the streets of Los Angeles while 100,000 apartment units are reportedly sitting empty throughout the city.

Q. My bonus payout is on 2/28, and I want to resign on 2/20 so I can give two weeks notice to my current employer and join
January 24, 2023
A: If you give notice prior to payment and the bonus is discretionary, your employer may not pay it and you will not have a remedy.

Q. Am I entitled to California final paycheck waiting period penalties?
January 20, 2023
A: If you work for a private employer, you should be entitled to the max of 30 day's waiting time penalties. The employer at a duty to pay you all compensation earned within with 24 hours of termination and 72 hours of resignation. The employer also owes you 3 additional pays pay. The relative size of the wages owed to the ultimate penalty is the based on the strong policy of California that wages must be paid timely and the financial consequences of non-payment will hurt.

Q. What do I do if an agency refuses to give me my check unless I sign a paper?
January 20, 2023
A: You are not required to sign anything to get your check. You should ask them to email you a copy of the document to see if it is merely a receipt and not worth fighting over.

Unpaid Models Why I Do This?

Unpaid Models, why I do this.