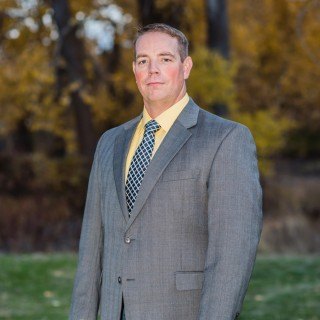 Bradley J. Jones and his wife Brenda have been married for more than twenty years and are raising their four sons and one daughter in the Bitterroot. Following his first career in construction (carpenter/construction management/contractor) Brad joined Bulman Law Associates PLLC. as an intern in January 2013, and was an associate disability attorney from July 2014 thru December 2017. In January 2018 Brad struck out on his own froming Jones & Cook Attorneys at Law. Taking advantage of past experience, Brad’s practice focuses on workers’ compensation disputes, denial of veterans’ benefits, family law, wills and estates and personal injury claims. Brad graduated from the University of Montana School of Law in December 2013 and has been admitted to practice law in Montana. In law school Brad was the President of the UM Military Legal Society and Vice President of the Willamette chapter of the J. Ruben Clark Law Society. Brad is also an Infantry Officer in the Montana Army National Guard where he has served since 2009.

Q. I need to know if a person managing a motel is paid by the hour or on a day rate. This person is not an administrator.
February 14, 2019
A: How the employee is paid is a matter of agreement between the employer and the employee. State and Federal minimum wage requirements must be met but how the wage is calculated is not a firm matter of law.

Q. What steps can you take if a shady employer took down personal information during job interview?
February 14, 2019
A: Unless the employer is using your information for illegal purposes there is nothing you can do. Your information was provided to him voluntarily.

Q. In the criminal justice system does the burdon of proof fall on the defense attorney?
February 14, 2019
A: This depends on the situation. Generally the plaintiff, in this case the state must prove all elements of the alleged complaint. The burden may shift to the defense if proof is offered or there is an affirmative defense. I hope this helps.