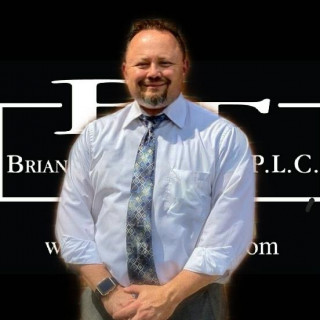 Brian A. Thomasson, Esq., is a licensed Virginia attorney who has been practicing in Hampton Roads since 1998. He graduated from the University of Dayton School of Law in 1997 and was licensed to practice law in Ohio that same year. After having returned to Virginia, Brian was licensed to practice law in the Commonwealth of Virginia. In 1999, Brian was admitted to the District of Columbia bar by the District of Columbia Court of Appeals. Brian’s practice areas include domestic relations law, personal injury, wills and estates, trust matters, criminal and traffic defense, representation of children as a Guardian ad Litem, and other general practice areas. In 2015, Brian was selected and sent to attend the Parent Seminar in Washington, D.C., hosted by the American Bar Association for his work as a Guardian ad Litem. Last year, Brian successfully represented two Chesapeake police officers on false allegations.

In the December 2016 edition of Virginia Business, Brian was nominated and selected by attorneys across Virginia as one of Virginia’s Legal Elite. In 2017, Brian was selected for inclusion in the nationally recognized Super Lawyers group which was voted on by other attorneys. He also selected by other lawyers for Coastal Virginia Magazine's Top Lawyers in the categories of (1) Adoption, Marital and Family Law, (2) Civil Trial Law and (3) Criminal Defense. Also in 2017, Brian A. Thomasson, P.L.C. was voted in the inaugural Best of Business Awards by Coastal Virginia Business Magazine as Silver Award Winner in the category of Best Law Firm and Gold Award Winner in the cateogry of Best Small Business. He is also a published author having written for The Journal of the Virginia Trial Lawyers Association which was reprinted in another jurisdiction.

In his spare time he is a martial artist with a blackbelt in American Freestyle Karate and one in Shorin Ryu. He also has won multiple martial arts competitions, a Grand Championship and the 2016 Adult Under