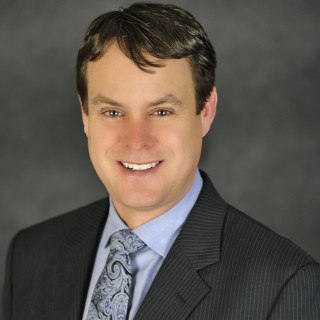 Chad Hastings was born in Teaneck, New Jersey and raised in Port St. Lucie, Florida, where he graduated from Port St. Lucie High School. Chad attended the University of Central Florida, where he received his B.S. in Finance in 1997. While at U.C.F., Chad was actively involved in Student Government as the Comptroller, served his fraternity Alpha Tau Omega as the Treasurer, and worked with Habitat for Humanity. Chad attended law school at the Walter F. George School of Law at Mercer University where he earned his J.D. in 2001.

Chad joined the firm in 2007, having previously worked at a North Miami Beach firm where he developed the firm’s personal injury department. While working in North Miami Beach, Chad had significant jury trial experience, handled many bench trials and argued cases before the First District Court of Appeal. prior to that, Chad was an associate with a prominent state wide personal injury law firm, and he represented plaintiffs in personal injury and commercial litigation cases. Chad had significant jury trial exposure and actively participated in securing significant settlements, punitive damage claims and jury awards for his clients.

Chad has brought his commitment, experience and passion for helping injured clients and their families. Since joining the firm, Chad has been inducted in to the Million Dollar Advocates Forum, a national forum for lawyers who have won million and multi-million dollar verdicts and settlement. Recently, Chad has also been recognized by Florida Super Lawyers in Rising Stars of Florida.

Chad is proud to have dedicated his career to helping injured clients and their families. Today, Chad continues to work hard for his clients and gives back to the community by taking leadership roles to help those in need, and consistent with the firm mission of service to our community, Chad has served as Martin County Bar Association President, Treasure Coast Justice Association President, Whole Child Connection of Martin County, an