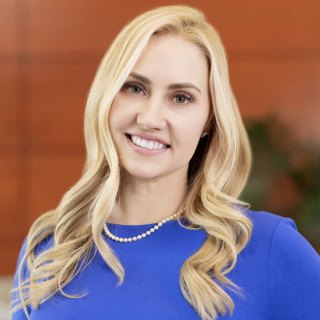 Chaille Walraven focuses her practice on oil and gas law and real estate matters, with an emphasis on litigation that protects the rights of land and royalty owners. Chaille has represented hundreds of land and mineral owners in both state and federal court, including the United States Court of Appeals for the Tenth Circuit. She devotes a large section of her practice to assisting royalty owners in enforcing the terms and conditions of their oil and gas leases. Since Chaille’s great-grandfather founded the family ranch over a century ago, four generations of her family have been land and mineral owners.

Chaille was born and raised in Western Oklahoma and graduated Valedictorian from Clinton High School. She then attended Baylor University in Waco, Texas, where she earned both her undergraduate and law degrees. She also met her husband, Mark, at Baylor. While in law school, Chaille was actively involved in Baylor’s nationally-ranked advocacy programs and the Baylor Law Review. She participated in moot court and was a member of Baylor’s National Mock Trial championship team. After graduating from law school, Chaille followed in her father’s footsteps and joined the firm her father founded in 1967.

Chaille and Mark have three boys, Jackson, Christian and Elias, and enjoy spending as much time together as possible. In addition to family activities, Chaille enjoys spending time outdoors, traveling, cooking, horseback riding and scuba diving.

Q. It has been 9 months since first production. How do I get the oil company, Red Wolf, to pay the 12% late fee?
May 11, 2020
A: In Oklahoma, operators are required to remit payment within six months from the date of the first sale of production. Failure to do so can trigger late interest payments pursuant to 52 Okla. Stat. § 570.10. You are correct that if you have marketable title, you are entitled to 12% interest on late payments under Section D. However, if you do not have marketable title (whether easily corrected or not) you are only entitled to the prime interest rate as reported in the Wall Street Journal for late payments accrued after November 1, 2018. From your question, it appears the key issue is whether you hold marketable title as that will impact how much interest you are owed.

Q. MY brothers who were executor and co-executor of my mother will will not sign over my part of the mineral rights and
March 12, 2020
A: As a general rule, at the completion of a probate proceeding in Oklahoma the district court will enter an order that all assets remaining in the estate be distributed to the heirs-at-law if there is no will or to the legatees/devisees if there is a will. If there was a probate proceeding you should be able to obtain a copy of this order, typically referred to as a Final Decree. An attorney can assist you in ensuring that the personal representatives properly distribute the assets to which you are entitled pursuant to this order.

Q. My mother died almost 2 years ago she had transfer upon death deed naming me the only child as her benafiary..How do I
February 21, 2020
A: If your mother executed a deed in conformance with the Non-Testamentary Transfer of Property Act (commonly referred to as a Transfer on Death Deed) naming you as the beneficiary, you are required to record an affidavit of acceptance within 9 months from the date of your mother's death. If an acceptance was not timely recorded, the property would revert back to your mother's estate, likely requiring a probate proceeding.