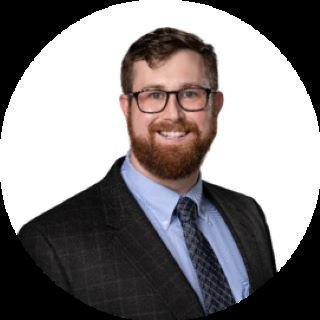 Chandler D. Craig is a lifelong resident of the Northshore, where he resides with his wife and young daughter. After graduating from Loyola University New Orleans in 2013 with a B.A. in Philosophy, Chandler began his career as a banking officer and eventually a branch manager for a local community bank. Deciding to pursue his lifelong dream of attending law school, he resigned from banking to attend Loyola University New Orleans College of Law, where he earned the Law Excellence Award in Securities Law and Regulation before graduating in 2020. He also served as Treasurer of the Federalist Society during his time as a law student. While attending law school, Mr. Craig clerked for the St. Tammany Parish District Attorney’s office; where he worked alongside two Assistant District Attorneys in the newly formed Domestic Violence Division. Upon graduating law school Mr. Craig worked as an Attorney for the United States Small Business Administration, before joining a nationally recognized plaintiff's firm where he primarily practices first-party insurance litigation. Mr. Craig has represented more than 60 policy holders in insurance disputes with their insurance companies, that resulted after Hurricane Laura in 2020. Mr. Craig’s banking, real estate, and insurance litigation experience make him a knowledgeable and passionate attorney who is committed to resolving each client's claim in a timely and favorable manner. Contact Mr. Craig today to schedule a free 1-hour consultation.

Blog
Spendthrift Trusts-How to Protect Your Heirs from Their Creditors