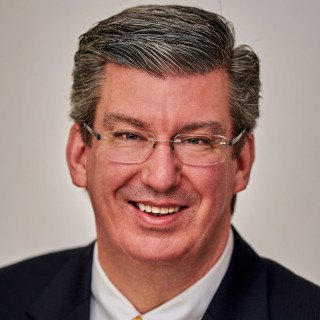 Charles is a creative problem solver and long time resident of Illinois. He has lived in Wilmette since 2011 with his wife and their three children. He received his B.A. in History from the University of Kentucky. He has a Juris Doctorate from Chicago's John Marshall Law School and is licensed to practice in Illinois. Charles is a member of the Illinois State Bar Association, the Chicago Bar Association, Phi Delta Phi honorary Legal Society, and the Wilmette/Kenilworth Chamber of Commerce.

Following his entrepreneurial spirit he has had since a child, Charles started his firm right out of law school. Having his own firm allows him to follow what he believes to be a core truth, "The first priority is the clients", not the billable hours required of large law firms in the area. From the very beginning the idea behind the Law Offices of Charles E. Hutchinson, Esq. was to help people protect and safeguard their assets for themselves, and for future generations to enjoy.

When Charles isn't in the office, you might find him coaching one of his children's soccer teams, baseball or softball teams.

Q. Does a third beneficiary need to put into a trust when there are two already?
October 3, 2022
A: I think there is some confusion about what the attorney is likely asking. Going only by your question, and having not seen the trust or the details, the grantor does need to add some information regarding additional beneficiaries. The missing blank which needs to be filled in is, what happens if the grantor and the two named beneficiaries all die at the same time (in a car accident, perhaps). While this may be unlikely, it can happen. Who gets the estate in that situation? The answer needs to be broad enough to give resolution, such as "to my family per stirpes" or "to a local charity, which rescues dogs", or "to my 'house of worship'". I hope this helps.

Q. What rights do I have as a beneficiary, can I have access to internal bank correspondence. Should I hire a lawyer.
April 7, 2022
A: It was very nice for your brother and his wife to leave you the money they did. It is even nicer that they filed and paid the tax for you. Yes, the taxes need to be paid. I cannot emphasize that enough. I would advise you to know who the trustee of the trust is so you can speak to that person. That Trustee should have sent you a form for filing purposes. My initial guess is that your brother and possibly his wife were the trustees, but now that they have passed, there is a new trustee who did not know that historically the trustee filed the taxes on your behalf and is unaware of the duties of a trustee. If something is "going on" any payment will be made to the IRS so it is not like some person is going to receive that money as a swindle. I have seen this happen before, where the trustee dies and the new trustee doesn't know to file the taxes. Thankfully this was caught early so there are no fines or penalties for not filing in a timely fashion. If you have an accountant, call your accountant, they have the form and can file for you. If you don't have an accountant, the IRS will help you get the correct forms from their webpage. And to answer your question about having access to internal bank correspondence. You do not have that right, and I doubt that they would provide it to you. Best of Luck.

Q. Uncle left house to another family member with stipulation my parents could live for set rent price for life.
January 25, 2022
A: If your great uncle stipulated in his will or in his trust that your parents could live in the house at a set rent price, then depending on how those instructions were worded - it is possible that your mom has a case. If this was an "understanding" not in writing, the case becomes much more difficult. Having all of the relevant estate documents when you speak with an attorney will be important is figuring out what can be done to see that your great uncle's wishes are fulfilled.