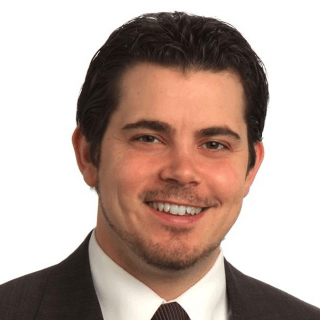 Charles “Chas” Farcher is a graduate of the College of Saint Rose, where he was enrolled in an accelerated law program which allowed him to complete his undergraduate degree a year early. He received his Juris Doctor from Albany Law School in 2007, was admitted to the New York State Bar in 2008, the United States Court of Appeals for the Second Circuit in 2010 and the United States District Court for the Northern District of New York in 2013. Chas began his legal career with the New York State Supreme Court Appellate Division’s Third Department, where he drafted decisions for the Appellate Court and clerked in chambers with the Honorable Karen K. Peters. Chas subsequently left the Appellate Division for a position with the New York State Commission on Judicial Conduct, where he litigated cases against members of the judiciary who were charged with ethical violations. When a position at Martin, Harding & Mazzotti, LLP became available, Chas eagerly joined the firm, stating that “after working for the state for several years, it feels great to have actual clients, people who I can connect with, relate to and try to help work through their injuries and legal problems.” Chas enjoys snowboarding in the winter and plays rugby with the Albany Law School Alumni rugby team during the warmer weather.