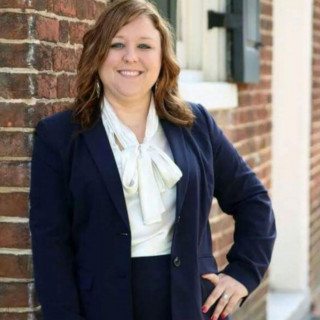 Chelsea M. Sadler opened the Law Office of Chelsea M. Sadler LLC in August of 2014. Located in Elkton, Maryland.  She focuses in protecting Your Family & Your Legacy. She handles cases in both Cecil and Harford Counties. Prior to being in solo practice, Chelsea was a Law Clerk for the Honorable Richard Eli Jackson and Honorable Keith A. Baynes. During her time as a Law Clerk, she worked on various types of cases and worked with all of the sitting and visiting judges of the Circuit Court for Cecil County. Chelsea obtained her Bachelor of Arts in Political Science from West Virginia Wesleyan College in 2006. While at Wesleyan she served as Vice President of the Social Science Honorary Pi Gamma Mu and was a member of the Pre-Law Society. In the summer prior to her senior year in college, Chelsea participated in the Semester in Washington program through the George Washington University Graduate School of Political Management. In 2009, Chelsea graduated from the University of Baltimore School of Law with a Juris Doctorate and Certificate in Estate Planning. While in law school Chelsea worked a part-time job, and was the President of the Christian Legal Society. Chelsea was licensed to practice law in Maryland in 2010. Chelsea is a member of the Maryland Bar Association and Business and Education Partnership Advisory Council Member (BEPAC) with the Cecil County Public Schools.

Chelsea is a lifelong Cecil County resident and a graduate of North East High School. She resides in North East, Maryland with her family.

Maryland
Maryland Court of Appeals
Since 2010