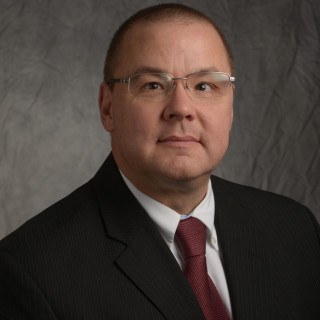 Chris Crull was born and raised in Indiana. After graduating from high school, Chris enlisted and served in the US Navy from 1986 – 1990, achieving the rank of E-5.

After earning his Master’s Degree, Chris spent several years teaching introductory philosophy classes at Kent State University and at the University of Connecticut. During those years, he also worked as a cabinet maker and furniture builder, and as a corrections officer.

In 2012, Chris enrolled in the University of Akron’s School of Law, where he earned his JD in December of 2015. After graduation, Chris was admitted to practice law in the State of Ohio and took a job at the University of Akron School of Law where, as the Assistant Director of Academic Success Programs, he helped incoming law students to adjust to the rigors of law school.
In August of 2020, Chris joined with Attorney Bob Heydorn in forming Heydorn & Crull, LLC. Chris’ practice includes, wills, trusts, and probate law, but his primary focus is on consumer bankruptcy under chapter 7 and chapter 13 of the US Bankruptcy Code.

Chris is active in both the Ohio Bar Association and the Akron Bar Association. As a veteran, Chris also feels that it is important to help fellow veterans where he can, and he currently serves as a member of the board of directors for Warriors Journey Home, a non-profit organization dedicated to helping veterans deal with the physical and emotional wounds of war.

Q. I have a 15 year old debt that Discover sends Summons by court every couple of years. What happens if I stop going?
July 7, 2021
A: This sounds like a situation in which you are being summoned to appear at a debtor's exam. This is a court proceeding for which there are penalties if you fail to appear, including the possibility of the court issuing an arrest warrant. The debtor's exam is a tool that a judgment creditor can use to determine your ability to pay the debt. They can't have you arrested for not paying the debt, but you can be arrested for not showing up in court. A bankruptcy would stop this process.

Q. Can I file chapter 7 if I own my home and car (no mortgage or car payment)
July 5, 2021
A: Generally, the exemptions allowed by each state protect a specific amount of equity in your property. You will be able to protect the value of your house and car up to the amount allowed by the exemptions. If the house and car are worth more than the exemptions allow, you have the option of redeeming the property by paying the difference between what the exemptions protect and the actual value of the property. This is generally done where a debtor wants to keep a car. It becomes less practical when you are talking about a house, because you have to pay the redemption value in full before the case can be closed. For this reason, a chapter 13 would be the better option to protect the house, since you can spread the payment over the 3-5 year life of the plan.

Q. I have filed chapter 7 pro se and the trustee is about to take action to sell my inherited property
July 5, 2021
A: The Ohio exemptions provide for an exemption to protect real property when the property is your primary residence. Outside of that, the exemption you can apply to protect the property are somewhat limited. If this property is not your primary residence, chapter 7 is not a good tool to protect it. Chapter 13 would have been a better option. It is possible to convert a chapter 7 to a chapter 13, but doing so requires permission of the court.