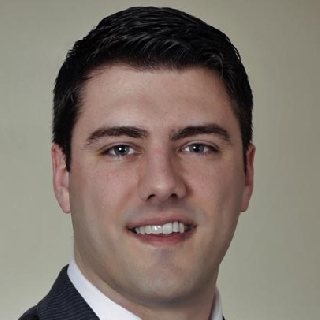 Raised in Saugus, Massachusetts, on Boston’s north shore, Attorney Christopher J. Finn is proud to have established his law office in the town in which he grew up. Chris received his J.D., cum laude, from Suffolk University Law School located in downtown Boston, with a Business Law and Financial Services Concentration with Distinction. He served on the Editorial Board of his law school’s Transnational Law Review and has won an award for his outstanding oral advocacy. Chris has appeared and successfully argued motions and trials in the District, Superior and Probate and Family Courts of the Commonwealth of Massachusetts. Christopher Finn Saugus Attorney Chris was recently selected as a “Top 40 Under 40? by The National Trial Lawyers. The Top 40 Under 40 is an organization comprised of the top 40 trial lawyers from each state, under the age of 40, who exemplify superior qualifications, trial results and leadership as an attorney. Prior to founding Finn & Eaton, P.C., Chris worked as Associate Counsel at a small law firm, and has held internships at State Street Bank, the Corporate Department of WilmerHale, and as a Judicial Intern for the Honorable Judge Albert Conlon of Lynn District Court. In addition to his law practice, Chris is a member of the Massachusetts Bar Association, the Essex County Bar Association, and The Divorce Center. He is the creator of the only free and accurate Massachusetts Child Support Calculator Application for the Android OS, which can be found in the Google Play Store. He has volunteered his time serving on the Saugus Affordable Housing Trust, and currently serves as an Alternate of the Saugus Zoning Board of Appeals, as a member of the Economic Development Committee in Saugus, on the Board of Directors for his local Lions International Club, and proudly represents Precinct 9 of Saugus as an elected Town Meeting Member.

Q. She asked me to leave and is now dating do I have claim to home it in her name
August 27, 2015
A: The short answer is if you are married, you have a potential claim in a divorce action to a percentage of the equity in the home regardless of whose name it is in. What that percentage is, if any at all, will be dependent on a number of factors, that will determine what an equitable (or fair) split is. Please do not hesitate to contact me with any questions or concerns Very truly yours, Chris

Q. My condo is in my name and the deed. Will I have to move or buy her out
July 15, 2015
A: It is possible, but very much dependent on the facts of your case. Things like the length of your marriage, when it was purchased, what the equity (if any) is, all are things we would want to know. Judges divide property equitably (fairly) so they will consider a number of different factors in making a determination on what to do with your condo. Without knowing more it would be difficult to advise you on what will happen, but there are oftentimes a number of options with what to do with real estate. Refinances to buy out the interest of your spouse, sale on the open market, agreement that you will keep it free and clear of any claim by your spouse are all possible options, but what is actually done depends on a number of those other factors, and possibly how you choose to divide other debts/assets in your divorce. Very truly yours, Chris

Q. 2 women married legally for 8 yrs one leaves the home due to infinfidelity.the home was owned previously by the one that
July 15, 2015
A: Unfortunately, this type of question is heavily fact dependent. The quick answer, without knowing more, is judges will divide property equitably (fairly) regardless of the name on the deed, bank account, retirement account, or whatever assets are owned. This means that it is possible that the person who is not listed on the deed may have a right to a portion of the equity in the home. Also, it is entirely possible that alimony, or even child support could be issues in this case, but again, there is a lot of additional information we would need to know before making a determination whether either is appropriate. My best advice would be to meet with an attorney for a consultation to learn about your rights. Very truly yours, Chris