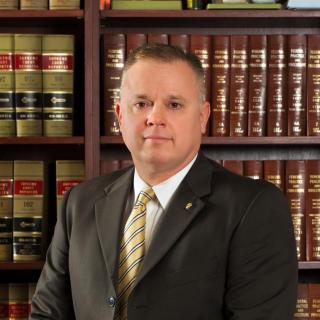 Chris Saady is admitted to practice law in all courts of the Commonwealth of Virginia, as well as the U.S. District Court for the Eastern District of Virginia and the 4th U.S. Circuit Court of Appeals. He graduated from Campbell University, Norman A. Wiggins School of Law, in 1998, and from Virginia Commonwealth University in 1993. Before joining Marcari, Russotto, Spencer, & Balaban, Chris was Senior Staff Counsel for The Hartford; a Tort Claims Attorney for the Department of the Navy; Trial Counsel for Nationwide Insurance; and while in private practice represented a multitude of plaintiffs in personal injury actions. Chris served in the United States Marine Corps & Reserve from January 1986-December 1993. In May 1998,

Chris skipped his law school graduation ceremony to attend his first weekend drill as an enlisted artilleryman, local security chief, and guns platoon sergeant with Hotel Battery, 3d Battalion, 14th Marines in Richmond, Virginia. He served with this unit through May 2003.

U.S. District Court for the Eastern District of Virginia