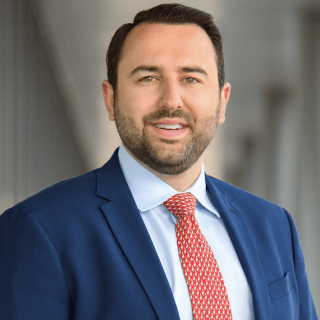 After practicing for several years at one of the most respected and top rated defense firms in Louisiana, Collin and three other experienced lawyers formed Mansfield Melancon with the goal of providing his clients the personal attention that they deserve and expect from their attorney.

Collin has experience advocating for clients in both Louisiana federal and state courts. He has handled cases ranging from complex business disputes to individual disagreements. Collin is admitted to practice in all Louisiana state courts, in the United States District Courts for the Eastern, Middle, and Western Districts of Louisiana, and the United States Fifth Circuit Court of Appeals.

Before practicing law, Collin served as a commissioned sheriff’s deputy in East Baton Rouge Parish, where he was assigned to the uniform patrol division. Collin’s experience as a police officer provides added value to his clients who are facing criminal charges.