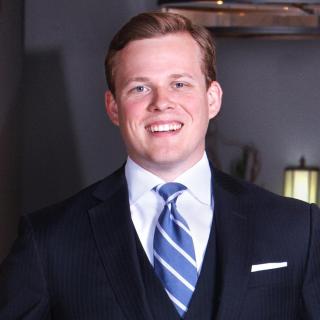 Cordt Akers was born and raised in Houston, Texas to a family of attorneys and obtained his law degree at South Texas College of Law. At South Texas, Cordt excelled in the school’s nationally renowned trial advocacy program, earning the title of top trial advocate in his class and being named Regional Champion of the American Association for Justice Trial Competition in 2011. He was inducted into the prestigious Order of Barristers – a national honorary society for those who demonstrate extraordinary advocacy skills. He was also voted Most Outstanding Graduate of his law school class by his peers. Cordt began his career as a Harris County District Attorney, where he spent time practicing in misdemeanor, juvenile, and felony court, trying dozens of cases to jury verdict. As an ADA, Cordt handled hundreds of criminal cases from inception to conclusion ranging from misdemeanor DWI cases to all the way to aggravated felonies. He was quickly promoted to Chief Prosecutor of a misdemeanor court, supervising attorneys in all matters of practice. More recently, Cordt was named a “Top 40 Under 40” criminal defense trial lawyer by the National Trial Lawyers Association, and named one of Houstonia Magazine’s Top Lawyers of 2015. He was also one of only 50 lawyers per year nationwide given the opportunity to train at the Trial Lawyers’ College in 2015, a prestigious exclusive training program for lawyers focused on jury trial work. Cordt’s primary specialty and goal is to seek pretrial dismissal of charges and dispose of cases quickly and quietly. However should the need arise, Cordt loves nothing more than standing before a jury representing citizens accused, and prides himself in being an aggressive and effective criminal defense trial lawyer. While other attorneys may shy away from a tough case and look for a plea bargain, Cordt will not hesitate to aggressively and effectively represent you in trial to get the result you deserve