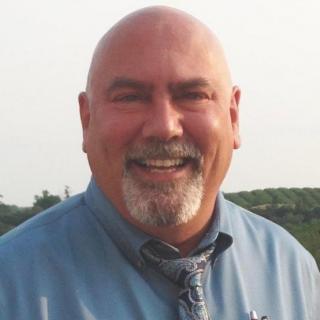 I am a Martinsburg trial attorney and the founding partner of Burke, Schultz, Harman & Jenkinson. As a group, we have been serving people injured due to the negligence of others in the Eastern Panhandle of West Virginia for almost 120 years combined, making those responsible for injuring others accept that responsibility. We represent those hurt and the families of people killed in all types of automobile collisions, trucking accidents, and motorcycle wrecks, as well as other cases resulting in wrongful death and injury, including medical malpractice, and dog bites, forcing those at fault--and their insurance companies--to pay. A native West Virginian, I attended West Virginia University and was awarded a Bachelor of Arts degree in Biology in 1976, and received my law degree (J.D.) in 1979. While at WVU, I was elected Vice-President of the Student Body (1975-76) and in law school was a member of Phi Delta Phi legal fraternity. I have spent my legal career representing people against corporations and insurance companies, making sure that those responsible for causing injuries and deaths accept that responsibility and pay what is fair to those who were injured. In my 37 years of practice, I have tried dozens of cases to verdict, and have recovered tens of millions of dollars for my clients. In addition, I have been involved in over 30 appellate cases, arguing cases before the West Virginia Supreme Court of Appeals over 50 times, resulting in 22 printed opinions.

Top 10% in the USA, Personal Injury
Lawyers of Distinction
2017

Q. Medical malpractice
February 19, 2020
A: No. None of those errors, individually or collectively, is enough to justify a summary judgement. In West Virginia, the law favors the resolution of legal disputes on the merits, not on technicalities. This is something you should be discussing with your attorney.

Q. Vehicle accident not our fault totaled both our cars insurance is not paying enough for both losses what can we do?
December 11, 2019
A: To fully answer your question, I would need more information. What is the reason the insurance company is "not wanting to pay enough to cover both losses?" Is there not enough insurance? Is the insurance company offering the fair market value (FMV) of the vehicles, but you owe more on your vehicles than they were worth? You are entitled to the value of the vehicles immediately before they were damaged, regardless of the amount of any lien on the vehicles. If you owed more on the vehicles than they were worth, then you will still owe the bank, loan company, or dealership the difference between the FMV and the loan payoff amount. If that is the case, and you have "Gap" insurance, the gap insurance will pay off the loans on the vehicles. If there is not enough personal property liability insurance to cover your losses, check to see if you have underinsured motorist insurance coverage on the policy(ies) on your vehicles. Your underinsured motorist coverage would pay the difference between the amount of the liability insurance and the value of your vehicles.

Q. nursing home wrongful death lawsuit payout in WV
October 22, 2019
A: What is the question?