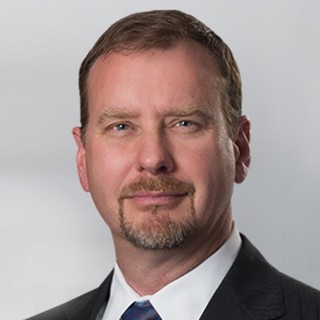 Dan Graves has spent over 20 years recovering millions of dollars in verdicts and settlements for people injured by the negligence of others. His successes in complex litigation include medical negligence, wrongful death, civil rights violation cases, and insurance bad faith. Dan has extensive experience fighting and winning against powerful corporations, insurance companies, and state agencies, in high-profile litigation. Dan has been quoted in the New York Times in connection with his firm’s wrongful death claim against a national healthcare provider for the insulin overdose and death of a patient. Dan has appeared in Lawyers USA in connection with the firm’s $20,000,000.00 wrongful death verdict in connection with the death of a foster child. He Dan has appeared on NBC’s Dateline in connection with the firm’s prosecution of a State agency for the wrongful death of a toddler while in daycare. He has had numerous cases featured on the front page of the Tulsa World involving civil rights violations, personal injuries to clients, and death claims. Dan recognizes that the settlement values of his client’s cases are valued, in large part, by two things: 1) the willingness of their attorney to take the client’s case to trial; and 2) their attorney’s ability to succeed in front of a jury. Dan has tried numerous cases to successful jury verdict for his clients – whether their claim involved soft tissue injuries (whiplash) in a car wreck, or the death of a loved one. Dan is rated “AV Preeminent” by Martindale-Hubbell and has been repeatedly chosen for Oklahoma Super Lawyer. He maintains the highest Avvo rating of 10 out 10. Dan has been featured in Oklahoma Magazine readers as a “Best of the Best” Lawyer in Oklahoma.

Oklahoma Association for Justice
Board of Directors
Current

http://www.gravesmclain.com/auto-accidents/ If you or a loved one have been injured in a motor vehicle accident, know that you are not alone. Your focus should be on your health, not medical bills...