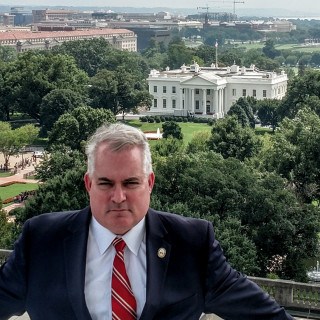 Dan Meyer has dedicated more than 25 years of service to the field of Federal Employment and National Security law as both a practicing attorney and federal investigator and senior executive. Throughout three Presidential administrations, Dan promoted the federal whistleblowing mission and its related policy and statutes. His first major case was before the U.S. Court of Appeals for the First Circuit protecting Rhode Island State employees suspended and terminated in an act of retaliation. Later, as the Intelligence Committee’s (IC) foremost whistleblowing subject-matter expert from 2013 to 2017, he served as the Executive Director for Intelligence Community Whistleblowing & Source Protection and was instrumental in establishing the IC’s first program of its kind. He worked with IC employees disclosing allegations ranging from the compromise of intelligence operations, to intelligence analysis failures, to reprisal against Congressional and inspector general witnesses.

Dan was General Counsel for Public Employees for Environmental Responsibility where he appeared before the U.S. Court of Appeals for the Federal Circuit as well as the Merit Systems Protection Board’s regional offices. He served in the U.S. Navy from 1987 to 1991. He is a survivor of the 1989 explosion onboard the battleship IOWA (BB- 61), which took the lives of 47 of his shipmates.

Dan earned his bachelor’s degree from Cornell University, his juris doctorate from Indiana University School of Law – Bloomington, and holds professional certificates as a National Security Studies Fellow from the Maxwell School at Syracuse University. He co-authored Whistleblower support in practice: Toward an integrated research model in the International Handbook on Whistleblowing Research, and The Wasp’s Nest: Intelligence Community Whistleblowing & Source Protection in Georgetown Law School’s Journal of National Security Law & Policy.