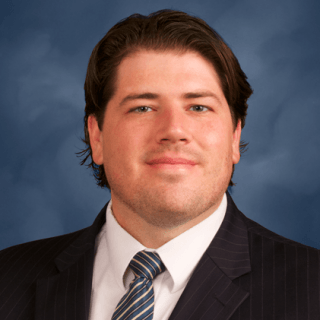 Daniel Garner began practicing law at a small boutique firm that focused on criminal defense and civil litigation. After some time with his original firm, Daniel joined the firm of Kipp and Christian. At Kipp and Christian Daniel focused on insurance defense, but he soon realized that he much preferred representing the individual as opposed to being a cog in the insurance company’s machine.

Because of his desire to represent the individual, Daniel left Kipp and Christian and started his own firm Garner Law. After successfully representing individuals for two years on his own, Daniel made the decision to join forces with Gabriel White and create The Utah Trial Lawyers. Both Gabriel and Daniel saw a need in the marketplace for a law firm that focused on trial work and that’s what they’ve established with The Utah Trial Lawyers.

They prepare each case as if they are going to trial which make settlement offers from insurance companies come in quicker and in larger amounts.

Education
Daniel Graduated from the University of Utah with a Bachelor of Science in Economics with a Business Minor. He then went to Texas Tech University School of Law, where he received his J.D. degree.

Daniel also spent his last year of law school as a visiting student at Georgetown University’s Law Center. Daniel participated in both Mock and Moot Court teams as well as being an editor on the Texas Bank Lawyer Journa

What Happened: Mrs. Palsgraf was standing on a railroad platform after she bought a ticket from Long Island Rail Road. Two men ran to catch a train that was pulling out from the platform. The first man jumped aboard easily but the second man, who was carrying a package, failed to jump aboard the railroad car the first time. A train employee, who had held the door open for the second man reached forward to help him in, and a guard on the platform pushed him from behind at the same time. In this act, the package the man was carrying was dislodged and fell upon the rails. The package contained fireworks, but there was nothing from its appearance to give Long Island Rail Road notice of its contents. The fireworks exploded when they fell and the shock of the explosion caused some scales at the other end of the platform to fall. Unfortunately, the scales struck Mrs. Palsgraf, causing her to be injured. Ms. Palsgraf initiated a lawsuit against Long Island Rail Road company to receive compensation for her injuries. Ms. Palsgraf was awarded damages in the trial court and the Defendant appealed. Question Before the Court: Does a Defendant owe a duty of care to Plaintiff who is outside the reasonably foreseeable zone of danger? Court Ruling: The majority held that negligence is based on the foreseeability of the harm between the parties and overturned Ms. Palsgraf’s victory in the lower court.