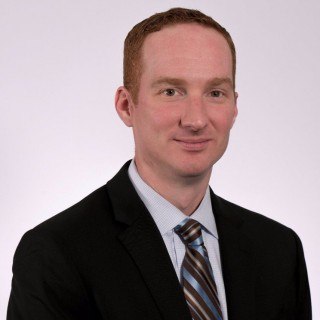 Darren Griffis focuses his litigation practice on criminal defense and criminal appeals in both state and federal courts throughout Massachusetts. He also represents employees in employment law cases in those same jurisdictions. Darren is admitted in Massachusetts state courts, in the federal District of Massachusetts, and in the First Circuit Court of Appeals.

Prior to joining GSK&G, Darren worked as an Assistant Public Defender with the Rhode Island Office of the Public Defender. In this position, he represented hundreds of clients facing criminal charges in state courts in Providence, Kent, and Newport Counties. His legal expertise, insight, and analytical skills resulted in victories or reduced sanctions for his clients in a high percentage of these criminal matters.

Before joining the Public Defender’s Office, Darren worked as a senior litigation associate in the Boston office of WilmerHale LLP, a large international law firm. The vast majority of his cases in the litigation department focused on complex white-collar criminal matters. These cases involved complicated statutory and evidentiary issues in areas including immigration law, securities and health care fraud, and export control regulations.

In his employment practice, Darren draws on his expertise developed during his tenure at WilmerHale, where he advised companies on compliance with anti-discrimination and wage and hour laws and on issues related to disability and family and medical leave laws. He represents employees in matters pending before the Massachusetts Commission Against Discrimination, the U.S. Department of Labor, and in state and federal courts in Massachusetts.

Darren previously served as a law clerk for the Honorable William A. Ponsor of the United States District Court in Massachusetts. As a clerk for Judge Ponsor, Darren drafted memoranda addressing legal issues that were presented to the court.