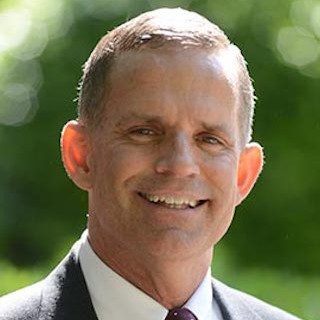 Kendall is a Virginia native and received his undergraduate degree in economics from the University of Virginia in 1981, and his law degree from the University of Richmond in 1984. A veteran of the United States Marine Corps, David Kendall has been in private practice since 1988, when he joined a Charlottesville personal injury firm. He soon became a partner and practiced there for 21 years, before forming the Kendall Law Firm in 2009.

Kendall knew early in life that he wanted to serve people by becoming a trial attorney. Kendall gained valuable courtroom experience, handling prosecution and criminal defense matters while in the U.S. Marine Corps. He later represented sick and wounded veterans before Physical Evaluation Boards, helping them to secure compensation for their service-connected injuries.

Kendall has carried this concern for injured people over into his private law practice. Over a career spanning more than 25 years, Kendall has achieved successful recoveries for people throughout the Charlottesville, Winchester, Harrisonburg and other Shenandoah Valley areas. Few lawyers in the region have handled more personal injury cases than Kendall. For an experienced personal injury lawyer, contact David Kendall.

Kendall Law Firm: Injury Law Is What We Do

David Kendall has been practicing personal injury law for over 25 years. He began his career by serving as a military attorney in the U.S. Marine Corps., and later assisted...