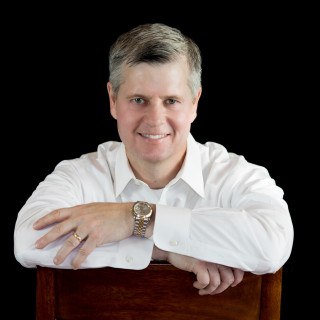 I have been practicing law in Western Washington since 1997. Since my first day of practice my area of emphasis has been DUI law. My first few years of practice were as a Prosecuting Attorney then in 2001 I moved to private practice representing those accused of the crime. Since 2004 I have only practiced this DUI and Criminal Defense. My knowledge in this area is immense and has been helped by my work in completing more than DUI books including, "The DUI Handbook for the Accused" in 2007. I have two more books being printed in 2009, "The DUI Handbook for Lawyers" and "Driving Under the Influence-A Brief History" and the "Whatcom County DUI Handbook" and "Skagit County DUI Handbook" among others. I believe in thorough and aggressive representation of my clients. I also believe that our representation goes beyond just the court appearances and DOL hearings. We help to facilitate alcohol evaluations, treatment or alcohol classes (whichever is deemed necessary), the DUI Victim's Panel, and any else that may be required. It is my staff's objective to make this process as smooth as it can possibly be. Experience. Knowledge. Aggressive Representation. These are the cornerstones of my practice.

The DUI Handbook For the Accused
Outskirts Press
May, 2007

Q. If your dui deferred prosecution is revoked, is it possible to get EHM or work release instead of incarceration?
July 21, 2015
A: Work Release is always a possibility in lieu of Jail - assuming you are employed, your jurisdiction permits it, and you have no prior violent criminal convictions. Talk to your attorney or consult with an experienced local DUI lawyer. http://www.whatcomdui.net

Q. Why is a dui from 13 years ago effect a current dui
July 21, 2015
A: Technically a prior DUI 13 years ago should not affect a new charge - however - it does. Prosecutors believe there is a pattern (which is a real stretch) and Judges think you didn't learn from the last experience. The Legislature now believes you should be punished at your first court date and makes it mandatory to install an ignition interlock. Clearly you need to talk to an attorney as any prior offense makes the new DUI very serious in the eyes of many. http://www.dui-bellingham.com/

Q. How to defend against a dui when the drug is ambien a sleep aid
July 21, 2015
A: Ugghh, Ambien is a horrible drug. Ultimately it comes down to evidence, whether the blood draw was done properly, the amount of ambien in your system, performance of SFSTs, and whether there was a DRE. Learn more here: http://www.amazon.com/Drug-DUI-Handbook-David-Jolly/dp/1432777645/ref=la_B00J6Z76NO_1_3?s=books&ie=UTF8&qid=1405641626&sr=1-3 http://bellingham-dui.com

An alcohol evaluation is a necessity following an arrest for DUI. Get it done early and get it done right. http://www.bellingham-dui.com

A Bellingham DUI arrest will result in jail - get help now

Deferred Prosecution will dismiss your case, eliminate jail and save your license - but is it right for you?

Protect your Constitutional Rights with a Champion Lawyer

Minor in Possession of Alcohol or Drugs is more serious than most believe - protect your future. http://www.washdui.com

Choosing the Right Criminal Defense Law Firm is clear, once you have done your homework