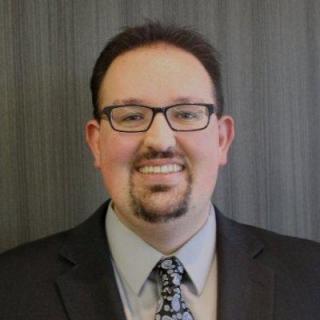 David previously founded and worked at AZ 3D Law, a nonprofit law firm that assisted low-to-moderate income individuals with family law, bankruptcy, probate, and estate planning cases. David found the work very rewarding, and appreciated the opportunity to help people who otherwise could not have afforded legal representation. David’s favorite thing was helping underdogs prevail in seemingly hopeless cases. David has since moved on to found Cactus Blossom Legal, where he currently works.

David does not limit his practice to Maricopa County, and is willing to travel (and has traveled) throughout the State of Arizona to assist people in need of legal representation. David particularly enjoys traveling to and representing people in Arizona's more rural counties, as he believes there is a profound access to justice issue in most rural counties (because many attorneys don't live or practice there) and people in those counties benefit tremendously from the assistance of skilled counsel. David knows what it is like to represent yourself in family court with no real legal training, and tremendously enjoys helping people avoid having to go through the family court "school of hard knocks" like he did.

When he isn’t working, David spends most of his time gaming, doing nerd stuff, going shooting, going to the theater, being a foodie, or traveling to wineries. David is married, has an infant son (who profoundly influenced his views on fatherhood), and is looking forward to growing his family. David is a California native, but hated living in California and thinks of Arizona as his true home--he moved to Arizona from California long before it was cool to do so, and never regrets it.

I'll Drink to That: The Beer Bill
Accord, A Legal Journal for Practitioiners, Arizona Summit Law Review
November, 2016

Intro to Civil Litigation I
CALI
2014