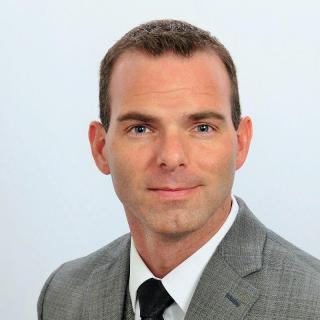 Devin Quackenbush was born and raised in Utah County, Utah. He became interested in the law at an early age. During his undergraduate studies at Brigham Young University, Devin interned for the FBI in Quantico, Virginia. From his experience at the FBI, Devin's interests in the law increased and he decided to pursue a career as an attorney. Devin went to law school at Creighton University where he was the Executive Editor of the Creighton Law Review. He was published in the 42nd volume of the law review for his case note on child immunizations and religious exemptions. During and after law school, Devin found opportunities in Alaska, beginning with working for the District Attorney's Office in Palmer, Alaska. Devin passed the Alaska Bar Exam and was offered a position as a judicial law clerk for the Honorable Eric Smith of the Alaska Superior Court. Working as a judicial law clerk for Judge Smith, Devin was exposed to a variety of cases from attorneys representing people seeking their day in court. As a judicial law clerk, Devin gained a unique perspective of why some techniques utilized by lawyers are more persuasive than others. After his clerkship term ended, Devin accepted a position at a prominent law firm in Anchorage, Alaska. Devin represented clients in cases involving professional liability defense, municipal litigation, appellate practice, employment and labor law, products liability, commercial litigation, and professional licensing issues. Devin also assisted in cases for high-profile politicians, multiple insurance companies, as well as for heavy equipment, helicopter, firearm and a number of other product manufacturers. Although he was successful in Alaska, Devin decided that his home state of Utah is where he wanted to be. Devin returned to Utah and, in addition to his license in Alaska, became licensed to practice law in Utah and Idaho. Devin's successful practice continues to involve the same areas of law that he was involved with in

Q. Which of the following am I entitled to if I file for divorce?
July 10, 2017
A: You should have a good strategy for your divorce case. Finding the right lawyer for that can be daunting. Most lawyers will allow you to have a free consultation to determine whether they would be a good fit for your case. Feel free to reach out to a lawyer's office to see if they offer a free consultation.

Q. My mother is in jail, shes willing to sign over her parental rights to me for my 16 year old sister how do I get custody
January 31, 2017
A: There are some details that are necessary to answer your question that are missing from your question. However, your mother who has the court order granting her custody would have to pursue an action to have the child returned to Utah. I would recommend speaking to an attorney about all of the details of what is necessary to bring her back. The attorney will need to ask some questions about what kind of an order the court is already issued and how long has your sister been living in North Carolina as well as other questions