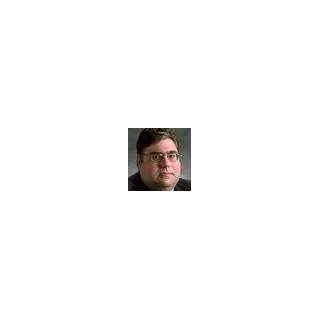 Dr. A. Jamie Cuticchia, has over 20 years’ academic and industry experience leading groups in computational biology, genomics, high-performance computing, software engineering, and genome database construction. He has raised over $125,000,000 in research funding during his career. He has held numerous leadership positions including professorships at the Johns Hopkins University School of Medicine and the University of Toronto Faculty of Medicine.

He was Director of Bioinformatics for the Research Triangle Institute. While at Duke, Dr. Cuticchia held several concurrent bioinformatics positions within both clinical and translational research including Duke Bioinformatics Scholar. Dr. Cuticchia was ranked in 2001 as a Genome Technology All-Star, one of the Top 3 Bioinformaticians worldwide responsible for the success of the Human Genome Project. He has numerous publications including four books on the human genome and fifth book on microarray analysis released in 2009.

In May 2009 Dr. Cuticchia was awarded a Juris Doctor degree from North Carolina Central University (magna cum laude) where he previously served on the NCCU Law Review and was Managing Editor of the Biotechnology and Pharmaceutical Law Review. He formed AJC Legal Services in 2009 to practice intellectual property and help entrepreneurs in the area as well as Patent Law, specific to biotechnology. He holds the position of Associate Director, Research & Development at the Biotechnology and Pharmaceutical Law Institute in Durham, NC. His interest in litigation led to Dr. Cuticchia devoting time to criminal defense. He has litigated numerous cases. He continues to consult in the biotechnology area as well being a consultant to the film and television industry. His most recent book, Genetics: a Handbook for Lawyers, published by the ABA is a bestseller.

Q. Can a landlord renew a lease without guarntors consent?
August 2, 2017
A: Given the question as posted, this is not an IP issue.

Q. I have a coaster that has a saying on it. I've used it in a photograph I took at my home. May I use this photo?
August 2, 2017
A: The relevant terms of use of Instagram: You represent and warrant that: (i) you own the Content posted by you on or through the Service or otherwise have the right to grant the rights and licenses set forth in these Terms of Use; (ii) the posting and use of your Content on or through the Service does not violate, misappropriate or infringe on the rights of any third party, including, without limitation, privacy rights, publicity rights, copyrights, trademark and/or other intellectual property rights; (iii) you agree to pay for all royalties, fees, and any other monies owed by reason of Content you post on or through the Service; and (iv) you have the legal right and capacity to enter into these Terms of Use in your jurisdiction. I don't see the photo. But, if the above is true it appears that it would not violate this term.

Q. Can an employer accuse you of theftpurely based by video
July 27, 2017
A: What an employer can do with respect to "investigate" is highly factual specific with respect to laws, company policies, etc. In this situation, I am going to hit what I think is going to be the central focus of where this is going. Job security. NC is an incredibly pro-employer state. In NC, an employer can fire an employee at any time, for any reason, or for no reason at all, so long as that reason isn't discriminatory. (That's the basics of the law.) Many employers have policy and procedures manuals, however it is very difficult to win a wrongful termination case based solely on the employer's failure to follow their own policies. However, the ESC does take those facts into strong consideration when deciding to award unemployment compensation. There is an interesting NC example I like to share with clients. There was a case when an employer had the right to make their employees take random drug tests. An employee was given a test and it showed positive. The employee challenged the test and another independent test was done and it showed that the employee tested negative. Shortly thereafter, the employee was fired. The court held that it was within the right of the company to fire that employee anyway. The reason given was that if the employer had reason to believe the employee was a drug risk (which would have occurred AFTER the results of first test), that would be an acceptable reason for firing the employee. The fact that the test was incorrect, was irrelevant. Your actions at this point may be part of what is ultimately decided for job status. In general, an employee who is accommodating and pleasant during an "investigation" should be more likely to avoid any negative job consequences. There are two kinds of justice: moral justice and legal justice. Unfortunately, attorneys can only seek to provide the latter.