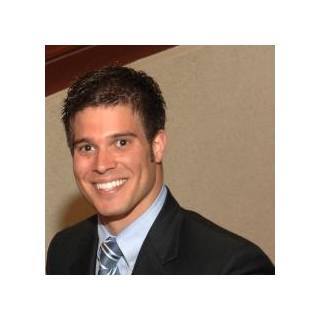 DUSTIN W. HIGHTOWER grew up in Carroll County, Georgia where he graduated from Central High School (“CHS”) in 2000. While attending CHS, Dusty lettered in football, wrestling, and baseball. During Dusty’s senior year he served as captain of CHS’s football team along with his cousin Brian Maxwell (now a mechanical engineer at Southwire), and fellow classmate Josh Hubbard. Dusty also received the honor of representing his class as Homecoming King and Mr. CHS his senior year.

Upon graduating from CHS, Dusty attended the University of West Georgia (“UWG”) where he graduated cum laude. During Dusty’s time at UWG he was a member of the Chi Phi Fraternity, Beta Gamma Sigma Business Honors Society, Order of Omega Honors Society, University Ambassadors, Student Activities Council, Student Government Association, and the Inter Fraternity Council. Dusty particularly enjoyed the time that he served as President of Recruitment for the Inter Fraternity Council because he was allowed to plan the Greek recruitment process for UWG, and speak at orientation sessions on the importance of networking and how fraternities can assist members in establishing a solid networking foundation. Aside from his multiple on campus commitments Dusty managed to continuously make his grades a top priority. Dusty regularly made the National Deans List, was named an Ingram Scholar, and received the Spark’s Memorial medal (Chi Phi’s highest GPA award) three out of the four years he was in school. Dusty continues to be dedicated to UWG by currently serving on UWG’s National Alumni Association.

Shortly after graduating from UWG Dusty decided to attended law school. Dusty received his Doctor of Jurisprudence from John Marshall Law School of Atlanta. While in law school, Dusty was selected to serve as Notes and Comments Editor on John Marshall’s inaugural law review journal, John Marshall Law Journal. Dusty was honored by having his comment, Student Searches and Seizures: Georgia’s Current Approach and Recommended Change, chosen as one out of only four student pieces to be published. While in law school, Dusty was also a member of the American Constitutional Society and the Phi Alpha Delta Legal Fraternity.

Dusty did not only study the law while in law school, he also found ways to practice the law in his community. Under the Third Year Practice Act and the Graduate Act, Dusty returned to Carrollton and practiced law as a prosecutor beside Carroll County Solicitor Mr. Jimmy Tuggle. During his time in the Carroll County Solicitor’s Office, Dusty prosecuted DUI, theft, simple battery, and a variety of other criminal cases.

Dusty also became a certified mediator while in law school. Dusty put his mediation skills to work through an internship with the Fulton County Landlord/Tenant Program. During his time in this program, Dusty was able to mediate over 75 landlord/tenant disputes.

Dusty has now returned to his hometown area to practice law. Dusty is a hardworking, honest, dedicated, and driven individual that will work endlessly to provide you with the legal representation that you deserve. Dusty focuses most of his work on criminal defense where he is able to apply what he learned in the prosecutor’s office in a manner that is beneficial to his clients.

West Georgia National Alumni Association
Board Member
2008 - Current
Activities: As an alumni board member I assist in helping and improving alumni relations with current students and other West Georiga Alumni.