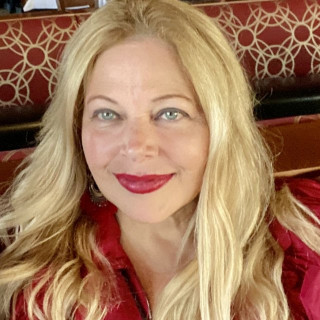 Edwina Rogers has served as a public policy expert for over 20 years. She is an expert on health care policy and has worked for two Presidents and four Senators. She currently serves as the CEO of the Global Healthspan Policy Institute and a partner at Johnson, Rogers and Clifton - a DC Government Relations and Law Firm. Edwina is the founder of the Center for Prison Reform and the Secular Policy Institute. She served as the Executive Director of the Secular Coalition for American in April 2012 until May 2014. From 2006 until 2011 she served as the Executive Director of the Patient Centered Primary Care Collaborative, a Washington DC trade association responsible for the national Patient Centered Medical Home movement. Until January 2009 Edwina also served as the Vice President, Health Policy, for The ERISA Industry Committee (ERIC). ERIC advocates the employee benefits and compensation interests of America’s major employers.

Edwina was an Economic Advisor for President Bush at the White House during 2001 and 2002 at the National Economic Council, focusing on health and social security policy. Ms. Rogers was General Counsel of the National Republican Senatorial Committee during the Republican take-over of the Senate in 1994. She worked for Senator Lott while he was Majority Leader in 1999 and she handled health policy for Senator Sessions in 2003 and 2004. Edwina worked on International Trade matters for the first President Bush at the Department of Commerce from 1989 until 1991.

Ms. Rogers practiced law in the Washington office of Balch and Bingham from 1991 until 1994. She received her BS in Corporate Finance from the University of Alabama and a JD from Catholic University in Washington DC. She was a Fellow at the Kennedy School at Harvard during 1996.

Edwina is frequently published in newspapers and is a strategist on cable news television. She served on the Board of Directors of Semco Energy, Inc. (NYSE: SEN) a natural gas distribution company.