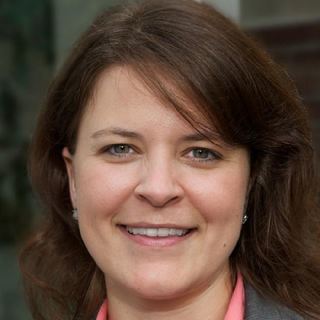 Emily E. Town practices in the areas of employment law, civil rights litigation, and labor law. Emily received a B.A. in Justice from American University (2004) and graduated cum laude from the University of Pittsburgh School of Law (2010). At Pitt Law, she was Senior Topics Editor of the University of Pittsburgh Law Review, and the recipient of the W. Edward and Cordelia F. Sell Scholarship and CALI Excellence for the Future Award in Torts. During law school, Emily served as a Research Assistant to Professor Jules Lobel, helping to draft articles regarding prisoners’ rights, national security policy, and notably collaborated with Labor and Human Rights Advocates to draft a submission on labor rights to the United Nations Universal Periodic Review in April 2010. Emily also interned for the Honorable Nora Barry Fischer in the United States District Court for the Western District of Pennsylvania and served as a student attorney at the Neighborhood Legal Services Association. Emily was a member of the Pitt Unemployment Compensation Practicum, which won a 2010 Pennsylvania Bar Association Pro Bono Award. Emily comes from a long line of proud union workers and is dedicated to the labor and workers’ rights movement. She participates in the AFL-CIO’s Lawyers Coordinating Committee and is a contributing author to the American Bar Association Labor and Employment Law Section’s Employee Benefits Law manual. Emily is an adjunct professor at Pitt Law School and a co-director of its Unemployment Compensation Practicum with John Stember. Emily is admitted to practice before the courts of Pennsylvania and the United States District Court for the Western District of Pennsylvania. Prior to her legal career, Emily was a mental health crisis counselor and a forensic therapist in a county jail. She enjoys traveling and rarely misses an opportunity to cheer for the Pittsburgh Penguins.

Research Assistant
Professor Jules Lobel
2008 - 2010
Researched prison litigation, national security law, international law, and Constitutional history for use in scholarly articles. Collaborated with Labor and Human Rights Advocates to draft a submission on labor rights to the United Nations Universal Periodic Review in April 2010. Researched First Amendment law in the national security context to assist with preparations for the G-20 Summit in Pittsburgh.

Judicial Intern for The Honorable Nora Barry Fischer
U.S. District Court for the Western District of Pennsylvania
2009 - 2009
Prepared bench memorandum and other case management materials, portions of Memorandum Opinion and orders. Assisted with jury selection and other administrative duties of the court.

Forensic Specialist
Clearfield-Jefferson Community Mental Health Center
2006 - 2007
Performed mental health evaluations on incoming inmates and provided counseling to regular caseload of 20-25 inmates. Made referrals for mental health and drug and alcohol treatment for inmates upon their release from county jail.