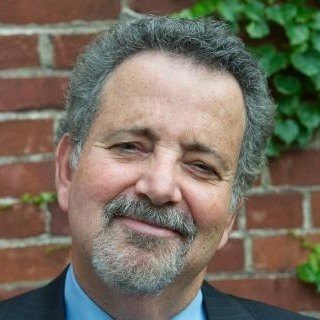 We fight for what's fair against all employers, large and small, and their lawye
Badges
Claimed Lawyer ProfileSocial Media
Biography

Attorney John Stember concentrates on employment and labor matters, including sexual harassment, employee pension and health benefits and ERISA. He regularly represents executives in negotiation and enforcement of employment contracts and severance packages, and in actions involving non-competes. He also represents a number of Unions, including the Arena Football Players Union (AFLPU) and International Alliance of Theatrical Stage Employees (IATSE) at KDKA and WQED.

Over the last decade, John has litigated a number of ERISA and benefit class actions against some of Americaâs largest companies that tried to eliminate or reduce retiree healthcare. These cases involved thousands of union retirees, including former Steelworkers, Autoworkers, Chemical Workers, and United Electrical Workers, against such major manufacturers as American Standard, PPG, GM, Ford, Chrysler, General Tire Corp, Sunoco, and Crown Cork.

For the past five years, John has served as Adjunct Clinical Professor at the University of Pittsburgh School of Law, where currently directs its Unemployment Insurance Practicum. He often lectures on workplace issues and co-authored a manual on Pennsylvania Unemployment Compensation. He also co-authored âBattling for Benefits,â which appeared in Trial Magazine (December 2005). He has appeared on numerous radio and television programs, including Al Franken and Oprah Winfrey, and his cases have been covered in the Wall Street Journal, Bill Moyersâ NOW and Pittsburghâs major media outlets. He was named a âSuper Lawyerâ in 2008 and in âBest Lawyers in America 2013.â

Earlier in his career, John worked as a Legal Services lawyer, representing low income workers. During this time, he served as a local union president and as National Secretary of UAW Local 2320, the nationwide union of Legal Services Workers.

John filed the first same-sex sexual harassment case in the Western District of Pennsylvania and has received a number of favorable decisions from the Third and Sixth Circuit Courts of Appeals and the Court of International Trade. He is admitted to practice in the U.S. Supreme Court, all Pennsylvania Courts, and numerous federal district and circuit courts.

John is the longtime Board Chairman of the Mon Valley Unemployed Committee, a non-profit group that assists dislocated workers in the region. He was a founding Board Member of the Steel Valley Authority, a regional authority dedicated to industrial retention.

John is currently an officer in the âLabor and Employment Sectionâ of the Allegheny County Bar Association and a Chapter Editor (âCollectively Bargained Benefitsâ) of BNAâs âEmployee Benefits Law.â He is a member of the Lawyersâ Coordinating Committee (LCC) and National Employment Lawyers Association (NELA).

John is a native of Brooklyn and grew up in North Jersey. He is an avid golfer, reader and traveler. He is married with two children and three grandchildren. He was among the creators of Robot Baseball, for a time Americaâs premier play-by-mail fantasy baseball game.