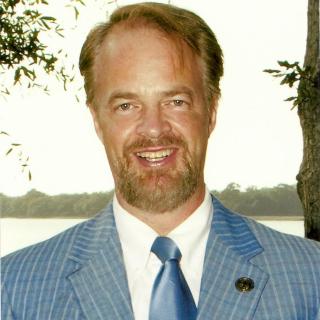 Attorney Eric Erickson was born and raised I Spokane, WA. He is one of five children of Dr. Mayo and Elaine Erickson. He graduated from Washington State University in 1984 and then attended the University of Michigan graduate school to study architecture by day and law at night at the Thomas M. Cooley Law School. Following in the footsteps of his father who was a WWII dentist, Eric entered the military around the time of the Desert Storm as an army medic and later was trained as a doctor's assistant and worked on the ER-trauma team of the Eisenhower Army Medical Center. After an honorable discharge in 1996, he accepted a job as an Assistant Public Defender before opening his own private practice in Beaufort, SC in 1998. Eric also was on the staff of the SC Attorney General as a Special Assistant prosecutor in domestic violence cases.