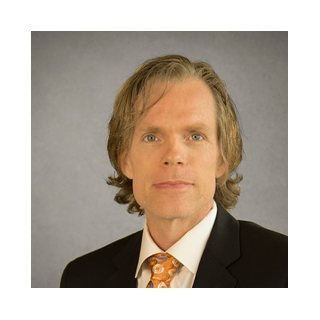 Eric Barker earned his bachelor's degree from the University of Florida in 1989 and went on to earn his J.D. from the University of Florida College of Law in 1992. He was admitted to the Florida Bar in 1992 and is currently admitted to practice in the United States District Court for the Middle District of Florida. Eric has been rated as a preeminent lawyer by Martindale-Hubbell and has earned an AV rating, the highest rating given by the organization, which is a nationally recognized attorney rating service. As a former Assistant Public Defender, Mr. Barker took several dozen cases to trial, gaining extensive, invaluable experience in the courtroom. In 1996, Mr. Barker received the Franklin Graham Award, an honor given to the outstanding Assistant Public Defender of the year. In 1999, Mr. Barker left the Office of the Public Defender as a Division Chief and joined the criminal defense attorneys at NeJame Law. He became a Partner in 2000. Eric Barker has always been a criminal defense lawyer, fighting for his clients' rights and freedom throughout his career. He prides himself in thoroughly analyzing and diligently preparing for each client's case through detailed investigation, including the location and questioning of witnesses, law enforcement officers or other leads in his clients' cases. In developing defenses on behalf of his clients Eric Barker often engages in aggressive negotiations with prosecutors. Mr. Barker believes that the most effective negotiations come from a position of strength. Mr. Barker does everything necessary to fully prepare his cases, positioning himself to secure the most favorable result for his client. He is also extremely knowledgeable and experienced in litigating cases. He has represented clients in more than 70 criminal trials.

Five tips from Orlando lawyers to help you avoid a DUI this holiday
Orlando Weekly
December 23, 2015

When Can Gun Owners Have A Concealed Weapon Without A Permit?
Orlando Style Magazine
September 26, 2013

Selected for Inclusion
The Executive Registry of Professionals
2011

Selected for Inclusion
Who's Who among Executives and Professionals
2011

Selected for Inclusion
Biltmore's Whos Who
2011

Selected for Inclusion
Marquis Whos's Who of Emerging Leaders in America

Trial Award
Marquis Who's Who In American Law