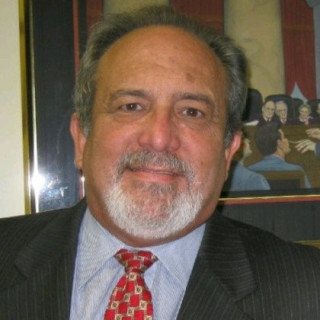 Attorney and Lawyer Gary Kollin is an expert and specialist in criminal defense law, criminal appeals law and police misconduct law. Gary handles cases in ALL state and federal trial and appeals courts. Gary Kollin handles all levels of cases from petty theft to first degree murder and well as all federal charges including drug trafficking and continuing criminal enterprises. Gary Kollin is one of a few lawyers who specialize in police misconduct cases. He represents people who have been mistreated by being falsely arrested, illegally searched, and being victims of police beatings. These cases are also known as civil rights and 1983 cases. Gary Kollin argued in the United State Supreme Court in the case of Smith v. United States, 508 U.S. 223 (1993). The justices of the Supreme Court appointed him to represent John Angus Smith. There are only 80 cases a year for the entire nation argued in the Supreme Court. Gary Kollin sued the Sheriff for keeping people in jail after they were found not guilty. The Sheriff had to pay over a million dollars in a class action case, Jones v. Sheriff, 9 Fla. L. Weekly Fed. D109 (S.D. Fla. 1995). The federal judge ordered the Sheriff to stop holding people in jail when they were not guilty. The Sheriff must now let the innocent leave from out of the courtroom. He is Martindale-Hubbell AV rated, rated 10 by AVVO and selected as a Leading Florida Attorney in the area of Felonies and Misdemeanor Defense Law by the American Research Corporation. He is rated a Super Lawyer in the areas of criminal defense, criminal appellate and civil rights law by Super Lawyers magazine.

Field Counsel
Florida Medicaid Fraud Control Unit
1985 - 1987
From mid 1985 to mid 1987, I served as the South Florida Chief of the Medicaid Fraud Control Unit. As its Chief, I supervised Special Agents charged with the responsibility of investigating health care providers for Medicaid fraud and for abuse of patients. The health care providers included doctors, nursing homes, and pharmacists. The investigations often required undercover work, witness interviews, computer analyses, or a combination of these investigative techniques

Assistant Public Defender
Public Defender's Office of Broward County Florida
1979 - 1981
From 1979 to 1981, I served as an assistant public defender in Broward County and represented indigents (including juveniles) charged with all levels of crimes. I also handled cases before the court of appeal

To File or Not To File, That is the Question
The Florida Court Reporter
December, 1997

Membership is limited to trial lawyers throughout the United States who have won a verdict or settlement of $1,000,000.00 or more)
Million Dollars Advocates Forum

The Florda Bar Criminal Law Certification Committee
Grade Reviewer
1999 - 2011
Activities: I was appointed a grade reviewer in the years 1999, 1994, 2008, and 2011 to determine if the examination grades of certain applicants for criminal law certification were properly calculated.

US District Court - Middle District of Florida
Since 1990

US District Court - Northern District of Florida
Since 2014

US District Court - Southern District of Florida
Since 1985

Q. What was the impact of United States v. Leon?
November 15, 2019
A: This site is not designed to answers questions of the nature of yours. If yo wish to find a comprehensive answer I am sure by googling you can discover some

Q. How much money can I get from the below situation?
November 14, 2019
A: This forum is not for hypothetical questions

Q. I filed a police report for Unauthorized computer access, because perpetrators were hacking onto my security cameras.
November 14, 2019
A: glitch not cliche

Attorney Gary Kollin discusses whether you can sue for false arrest