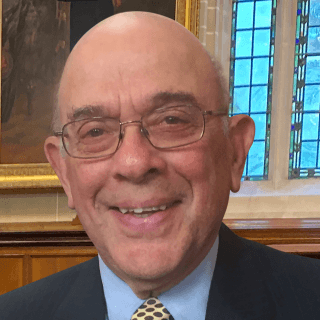 Gerry Goldsholle is a nationally known expert in insurance and insurance law who uses his decades of knowledge and industry "insider" experience to help his firm's clients stop being taken advantage of by insurance companies and others seeking to wrongfully delay or deny claims or pay pennies on the dollar.

An honors graduate of the College of William and Mary and the Columbia University School of Law, Gerry later completed the Senior Executive Program at Stanford University's Graduate School of Business and the coursework for a Masters of Liberal Arts at Stanford. He also served in the Army reserves and on active duty as an officer at the Army Security Agency before beginning his legal career.

He was as a trial attorney and headed special enforcement at the Securities and Exchange Commission's New York office and a that stint as a federal prosecutor he practiced law at a top rated New York City firm before joining the legal staff of Metropolitan Life, the nation's largest insurance group, where he counseled its life, health, disability, auto, homeowners and reinsurance divisions, rising from Assistant General Counsel to Vice-President and then managing several business departments, serving as MetLife's Chief Brokerage Executive and President & CEO of MetLife Marketing Corporation.

Gerry has been repeatedly recognized by his peers for his accomplishments, and has chaired committees of the American Bar Association (serving as a council officer with two future justices of the United States Supreme Court), the New York City Bar Association and the State Bar of California. He has also served as an named expert in litigation for numerous government units (including the U.S. Department of Justice) and private parties.