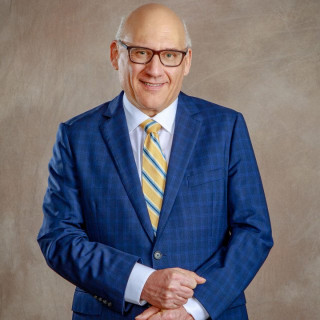 As both an attorney and a CPA, he has held many court-appointed roles over the last 30 years, including serving under the State District Court to help dissolve the affairs of a Houston law firm. He was appointed as arbitrator in a massive real estate case involving more than 300 property owners and a settlement upward of $20 million. He was also appointed by a federal judge as receiver of a perfume manufacturer that was involved in a Ponzi scheme.

Before founding Harold “Hap” May, P.C. Hap began his law career by opening his first law practice in 1991, which he would merge with other partners as well as founding other firms before joining Hoover Slovacek, LLP as Of Counsel in 2011.

Over the years he has served on the Consumer Arbitration Board for the Chrysler Corporation, and was editor for the American Bar Association’s annual report on insurance company taxation. He served as the co-author and lecturer on the Texas Strategies Using Like-Kind Exchanges Professional Systems Institute, Inc. and authored “How to Turn a Haystack Into a Pile of Needles: the Difficult but Surmountable Task of Proving Insolvency,” which was published in the Winter of 2010 edition of the Journal of the National Association of Bankruptcy Trustees.

University Of Houston
Master of Laws
1995