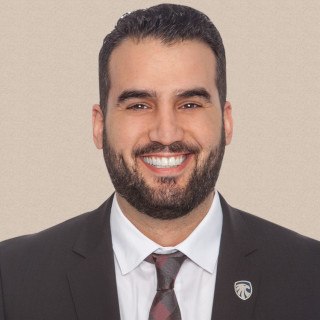 Hussein Saleh is a seasoned personal injury litigation attorney at The Dominguez Firm. He handles all types of personal injury cases and has helped thousands of individuals and families obtain the compensation they deserve, representing clients against at-fault third party and negligent businesses.

Attorney Saleh graduated from California State University, Long Beach, where he received his bachelor’s degree in Finance. Thereafter, he attended Whittier Law School, where he earned his Juris Doctor.

Since an early age Attorney Hussein Saleh has wanted to help those most in need. Of Lebanese descent, he grew up in Southeast Los Angeles and witnessed the social challenges, to which minority groups are often exposed. His mission is to help those in need through his profession. He has always been a plaintiff attorney and has spent many years helping accident victims get justice for their injuries, damages and losses. He is fluent in English, Arabic and Spanish.

Saleh is passionate about supporting charitable causes and serving his community. His sense of civic duty spurred him to take an active role in the aftermath of a corruption scandal that shook the City of Bell. He was among the activists who helped oust the corrupt city council and top city officials and strive to replace them with a new mayor and city council who focused on the needs of Bell’s residents.

Attorney Hussein Saleh is enthusiastic, proactive and collaborative. He’s a member of the Consumers Attorneys Association of Los Angeles (CAALA) and the American Bar Association (ABA).

Welcome to The Dominguez Firm

The Dominguez Firm is one of the most widely recognized and successful personal injury law firms in Greater Los Angeles, with a proud success record of over Half a Billion Dollars won for injured victims of accidents. For over thirty years the firm has championed the rights of injured clients in thousands of cases involving all sorts of accidents and injuries throughout Southern California. With a legal staff of over 100, The Dominguez Firm is a proven powerhouse personal injury law firm with the experience, resources, recognition and results that most other injury law firms lack.