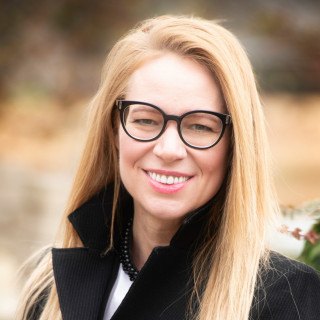 Born and raised in Belarus, Ina immigrated to the United States after her parents received a political asylum and relocated to North Carolina over 20 years ago. A straight "A" student, she earned her Bachelor's of Science Degree in Psychology in three languages, along with a license in counseling and a certificate in interpreting German and English from European Humanitarian University, which was shut down by the totalitarian government right after she graduated with highest honors. Ina comes from a country that is unfortunately famous for its longest presidency in mankind (over 30 years), and her parents were victims of persecution based on their political beliefs. Ina subsequently earned a Mater's Degree in Psychology in just one year from Belarussian State University and graduated as a valedictorian with the highest academic achievements. She was one of the handful of graduates offered a full scholarship to attend a PhD program. However, after moving to the US, she took interest in the law instead. Ina went on to complete the Juris Doctor evening program at NC Central University School of Law. She graduated summa cum laude with the second highest GPA among 120 graduates. Ina also received a certificate of Achievement from NC Bar for having over 500 hours of pro bono work. Since graduation, her knowledge of civil litigation has developed through exposure to a variety of workers' comp matters, which she handled as a defense attorney representing businesses and insurance companies. With her supreme inside knowledge of defense work in cases involving work injuries, she will always be one step ahead of your employer's counsel.
Ina has always been creatively inclined. Through her youth, these creative traits were further developed in a local art school. For now, however, she decided to devote herself to the practice of law and raising her two sons, who adore their mom. That said, art will always remain her outlet.

Q. Hello, I’m inquiring on whether I was wrongfully terminated from Zoom Drain.
June 24, 2021
A: More information is needed but it sounds like you may have a claim.

Q. A person is accusing me of taking a picture of them without their knowledge, but in the picture it shows them in poses?
June 24, 2021
A: I am lost. Could you please give more context. What is your employer's position? Or is it even related to your employment? It is not illegal to take a picture of someone in a public place.

Q. How long can a previous employer legally expect payback for income that was accidentally overpaid during employment?
June 24, 2021
A: The employer can recover the overpayment. I would advice the employee to return the money to avoid being accused of stealing it. Once you are on notice that you are not entitled to the overpayment and still refuse to return it, this could rise to conversion (stealing). It does not matter that there is no agreement to repay the overpayment. It is implied that people will do the right thing.